With their upcoming tour, city-based alt-rock band Daira looks to spread out and explore the forms of their musical expression 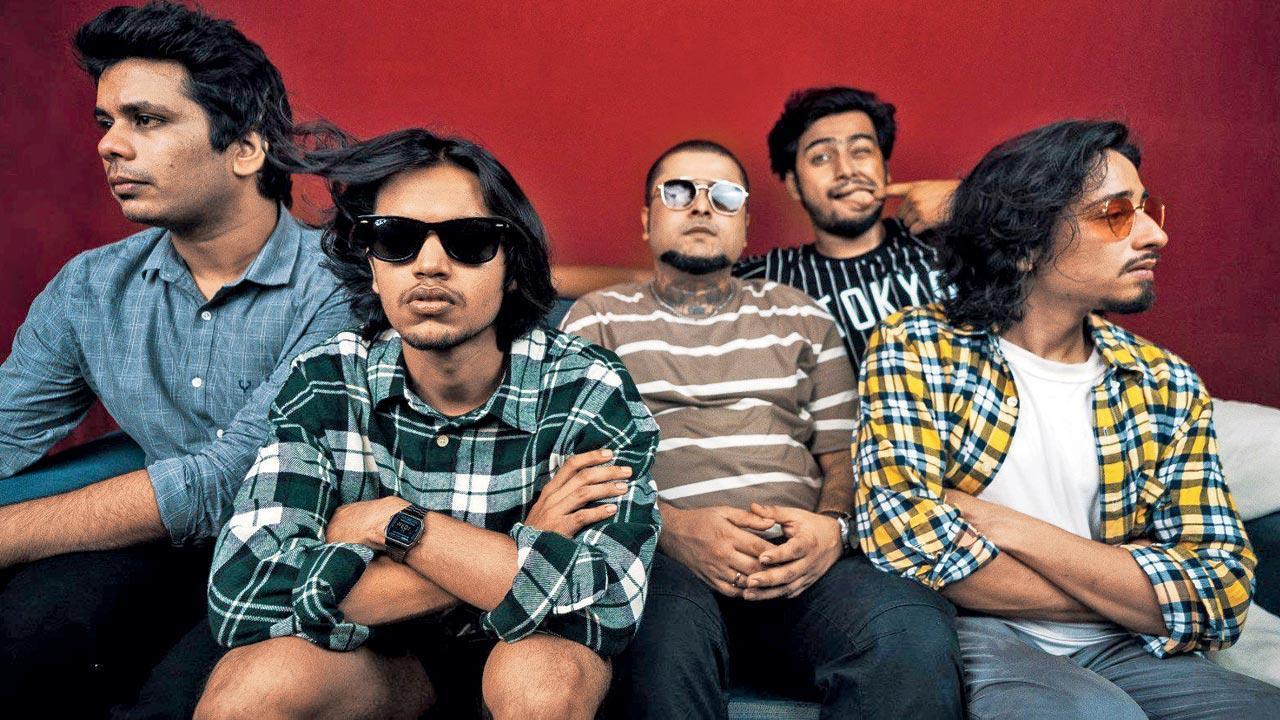 
Their recent single, Sab dhuaan hai, released in May 2022, captures a sense of philosophical musing on the temporal nature of life. It is a far cry from the angst and fire that one often seeks from an indie rock band. Yet, Daira continues to charm their way through the new revival of the rock movement in the Indian indie music space.

“The song is about finding happiness and difficult things. Recently, we thought of the loss of someone like KK, a huge artiste, and it was an unfortunate event that happened. In the end, it ends for everyone. It is a very sad, but philosophical thought,” Piyush Kapoor, vocalist and lyricist of the band, tells us. Formed in 2014, the band has already put out three albums — Daira, Vipreet Buddhi and Itni Jurrat?

The five-member band of Piyush Kapoor (vocals and lyrics), Shreyansh Kejriwal (drums), Sourya Mukherjee (bassist), Shivam Pant and Vikalp Sharma (guitars) is set to begin its cross-country tour this month. The timing is good, Mukherjee believes, “I think with people being cooped up in their homes during the lockdown, rock music has become a great outlet.” The band has high hopes to channelise this while on the tour that will cover Bengaluru, Hyderabad, Pune, Kolkata, Raipur and Mumbai. The live performances give the band a chance to reach out to their base audience, Mukherjee adds.

The bassist explains that lovers of indie-rock are by nature free thinkers and seekers. “There is an element of being more open.”  A simple conversation with the band, or any familiarity with their music, is proof of the above statement. From self-admitted influences of Pink Floyd, Red Hot Chilli Peppers and Rammstein to traditional Indian musical forms of classical and folk find their way into their compositions. Kapoor himself hails from Lucknow, explaining his tendency to think and create in Hindi. Quite contrary to an indie-rock vocalist, he says, “I do love old Bollywood songs and ghazals.” This has earned their music the sobriquet of ‘Awadhi rock’. Kapoor says, “We use Awadhi mainly because of the lyrical influences. I am from Lucknow, so I bring a mix of Hindi and Urdu into my lyrics.”

Guitarist Vikalp Sharma points out that it was the search to be different that brought the band together. “We did not plan on doing an alt-rock project or experimental form of music. Something interesting came out of our sessions spontaneously, and that was the plan. We wanted to do something new”

Mukherjee explains that the collective’s interest in music is also diverse. “Whatever inspires us find its way into the music. It is not conformed to a template,” he concludes.

With an untitled single scheduled for release in the next three months, the band is looking to expand its musical horizons as it moves forward.

things to do in mumbai mumbai guide mumbai