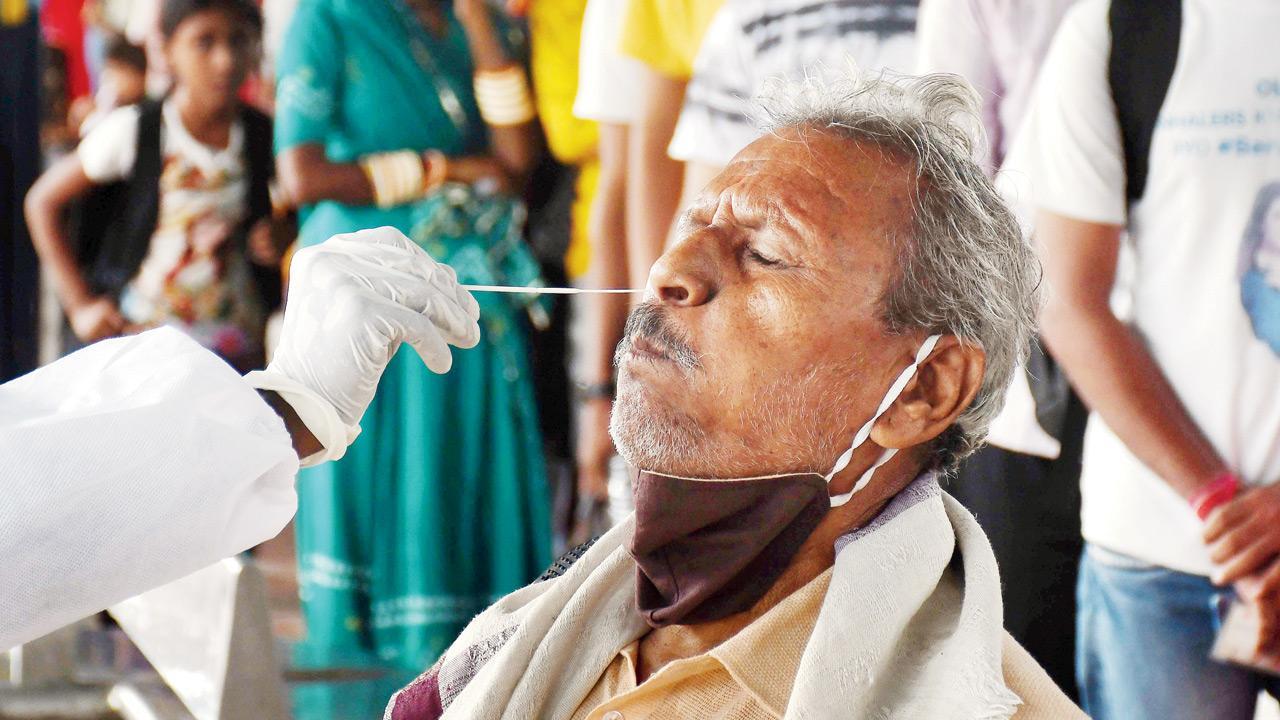 
The daily graph of Covid-19 cases in the city fell below the 700-mark for the first time after June 1 with the city reporting 676 fresh infections on Monday, 285 less than the day before.

The financial capital’s case positivity rate has reached close to 0.098 per cent, the bulletin said.

The doubling rate has dipped to 1,051 days, as per the bulletin.

Of the 676 new patients, 622 are asymptomatic while 54 symptomatic patients have been admitted to hospitals. Of them, five patients are on oxygen support, the bulletin said.

With 318 Covid-19 patients being discharged in the last 24 hours after treatment, the number of recoveries in Mumbai went up to 10,45,727.

Daily cases have been climbing steadily in Maharashtra for the last few days. On Sunday, the state had reported 1,494 new cases and one fatality. Generally, fewer cases are recorded on Mondays as fewer tests are conducted during weekends.

The tally of recovered patients rose to 77,38,938 with 374 patients recovering since Sunday evening.

Maharashtra’s positivity rate is at 0.064 per cent. Presently, the recovery rate in the state is 98.03 per cent and case fatality rate is 1.87 per cent.

0
No of deaths in city on Monday

318
Patients recovered and discharged in city on Monday

Next Story : How a bold turkey helped find its stolen mate