In an editorial in the party mouthpiece Saamana, the Shiv Sena took a dig over the Modi government's 8th-anniversary celebrations 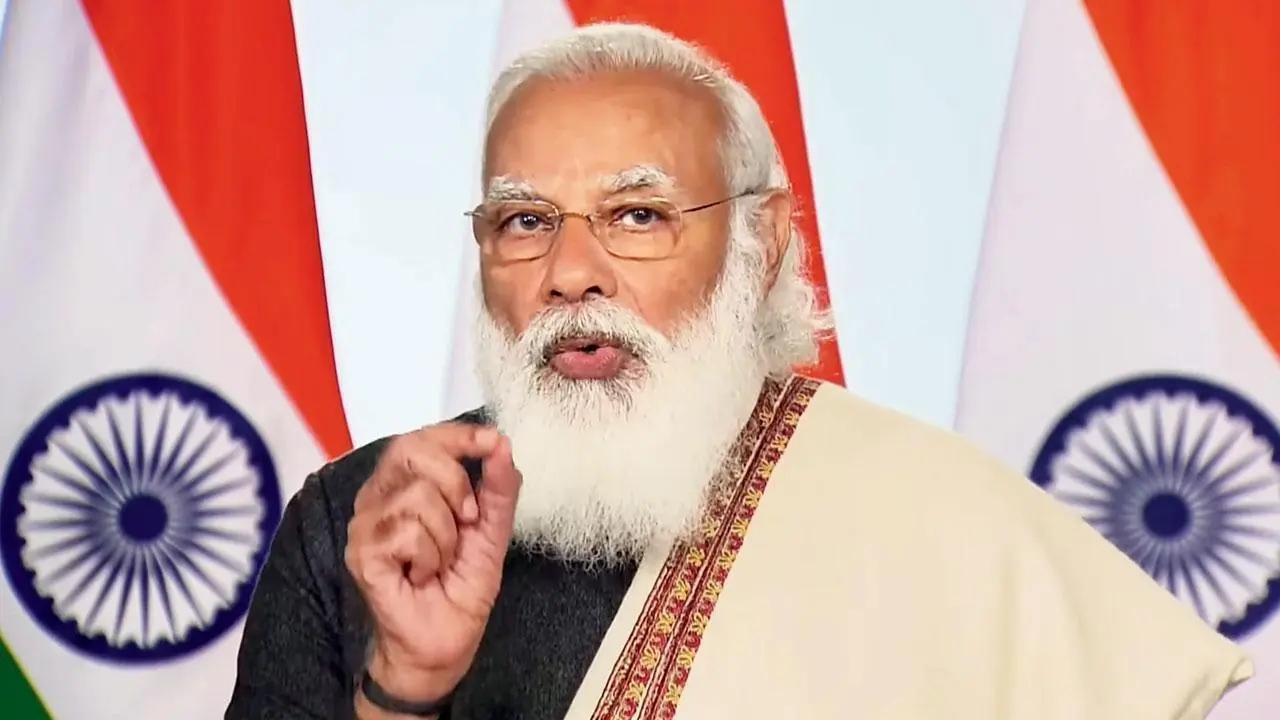 
In a stinging attack on the Narendra Modi government over the targeted killings in Kashmir, the Shiv Sena on Monday said while people in the UT are suffering, the 'king' is busy with celebrations.

In an editorial in the party mouthpiece Saamana, the Shiv Sena took a dig over the Modi government's 8th-anniversary celebrations and said while the BJP is busy promoting how provisions of Article 370 were nullified and surgical strikes were carried out on Pakistan-based terrorists, it is surprising that they are oblivious to the sufferings of the Kashmiri Pandits.

Questioning BJP's Hindutva pitch, the Sena said the BJP and the Centre are quiet over the killings of Hindus in the Valley.

"While Kashmiri people are suffering, the king is busy in celebrations," the party said in a reference to the eighth-year celebrations of the Modi government.

The Sena said while the party (BJP) derived a political mileage from the surgical strikes, the situation in Kashmir has worsened and Hindus are still being killed.

It seems the BJP is made of a different element, the editorial said.

Also Read: We will support Kashmiri Pandits, our doors are open for them: Aaditya Thackeray

"These people blare their throats out over Hindutva and nationalism. But they keep mum when Hindus are in real danger. The BJP and the Centre are quiet over the killings of Hindus in the Valley," it said.

"Where did the bombs of surgical strike explode?" the Sena asked.

What results have been achieved by the nullification of special provisions of Article 370 and how many people purchased land in Kashmir, it asked.

"On the other hand, Maharashtra Chief minister Uddhav Thackeray (who also heads Shiv Sena) has said that the state will support Kashmiri Pandits. The state will do whatever is needed," the Sena added.

Next Story : No proposal to replace Mahatma Gandhi's picture on banknotes: RBI