A new book offers a startling new investigation on the political assassination of the Mahatma. The book titled The Murderer, the Monarch and the Fakir offers a fresh account of the events leading up to one of the most controversial political assassinations in contemporary history. In Mahatma Gandhi’s assassination story, there appears to be only one anti-hero— Nathuram Godse, but before him, a 20-year-old Pahwa, a refugee from Montgomery (today, Sahiwal) in Pakistan attempted to kill the Mahatma. He had witnessed the horrors and violence of the Partition, before he came to Bombay, and became a willing foot-soldier to kill Gandhi. 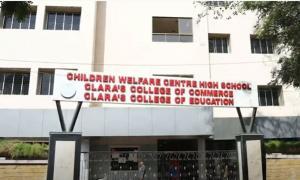 Exclusive: Versova school waives 1.8 CRORE fees for over 3,000 students due to the pandemic

Elephants dance to the music of a violin player

Cute kitten get scared by lizards

Pet owners! Here is how to protect your Pets this Diwali

Here’s why Gujarat Woman Kshama Bindu is Marrying Herself