Watch devastating visuals of explosion and destruction from Ukrainian cities of Kyiv, Kharkiv as Russian President Vladimir Putin announced a military operation. Russian troops launched a wide-ranging attack on #Ukraine on Thursday, as President Vladimir Putin cast aside international condemnation and sanctions and warned other countries that any attempt to interfere would lead to “consequences you have never seen.” 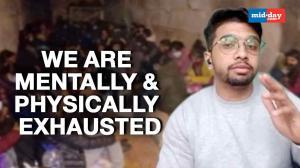 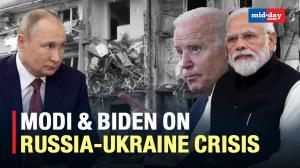 PM Modi Speaks To President Putin, Appeals For An Immediate End Of Violence In Ukraine

Pet owners! Here is how to protect your Pets this Diwali

Here’s why Gujarat Woman Kshama Bindu is Marrying Herself