Messi, 34, joins a select club, comprising only Juan Andres Marvezy and Manuel Moreno to score five in a game for Argentina 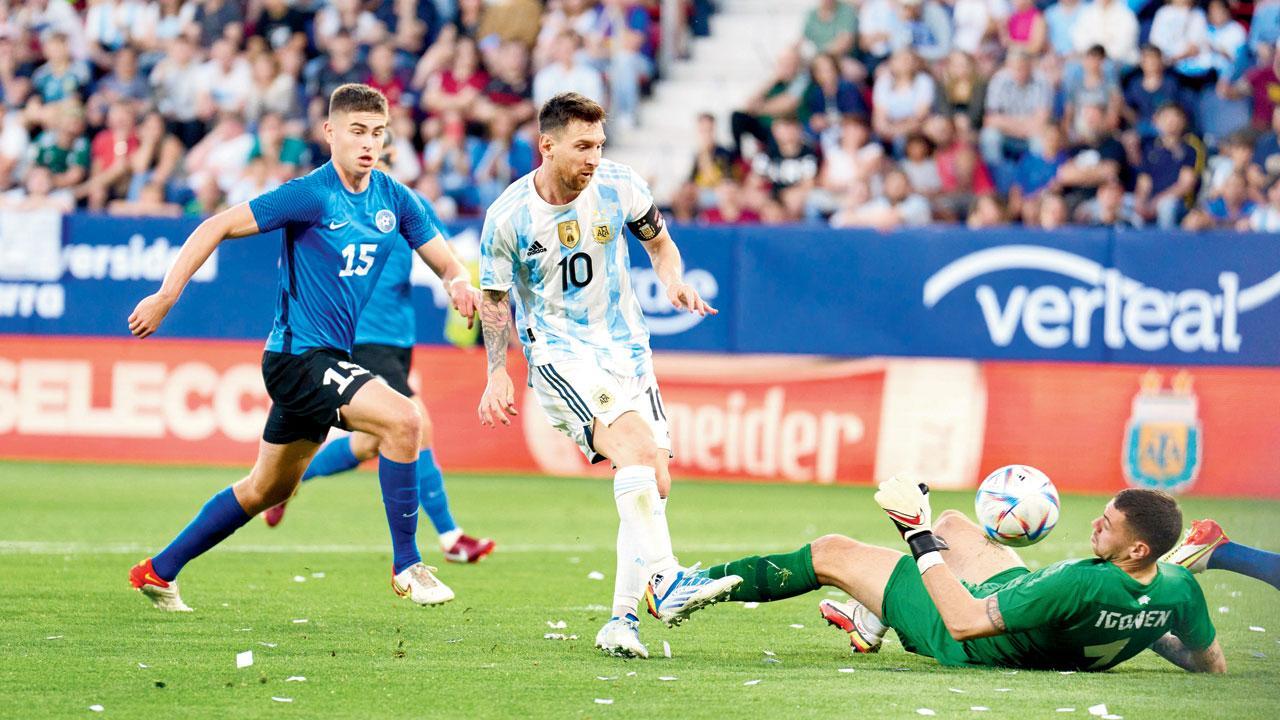 
Lionel Messi scored all the goals in Argentina’s 5-0 friendly win over Estonia in Pamplona, Spain on Sunday night. Messi, 34, joins a select club, comprising only Juan Andres Marvezy and Manuel Moreno to score five in a game for Argentina. Messi also became the first player in 81 years to score five goals in a match for Argentina.

The seven-time Ballon d’Or winner scored from the spot in the eighth minute, added  second at the stroke of half-time. The mercurial striker the completed an impressive hat-trick within two minutes of the  resumption of play. He then added two more goals in the last 20 minutes as Estonia seemed clueless in their attempt to halt his march.

Messi got his goals in the 45th, 47th, 71st and 76th minutes. His quintet extended his record tally of goals for his country to a breathtaking 86. Lionel Scaloni’s side remain unbeaten in 33 matches. They last tasted defeat (0-2) to arch-rivals Brazil in the semi-finals of the 2019 Copa America. At the World Cup finals in Qatar later this year Argentina are drawn with Saudi Arabia, Mexico and Poland.

Next Story : Gerzig ready to spend a lifetime with footballer Thibaut Courtois