India, who had topped the five-team league standings with three wins and one draw en route final, ended their campaign with an unbeaten record 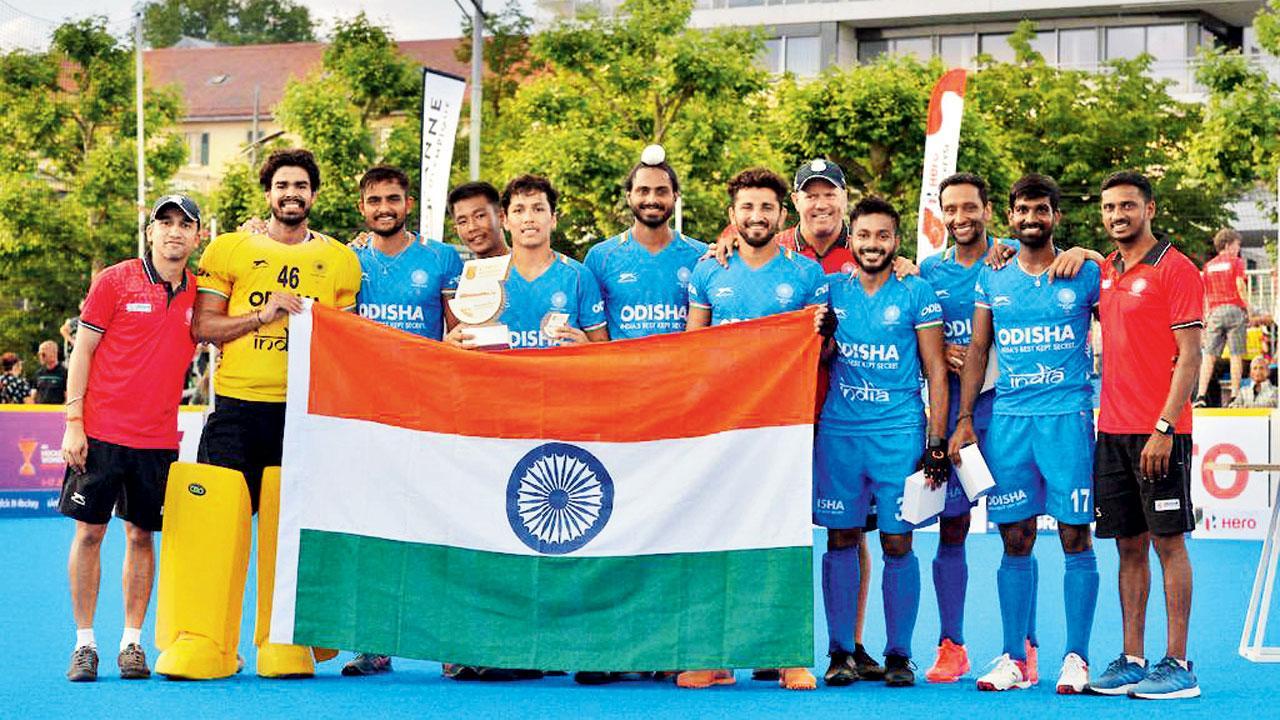 
A magnificent India made a stunning comeback from being three-goal down to beat Poland 6-4 in a pulsating final to clinch the inaugural FIH Hockey 5s championship here on Sunday.

India, who had topped the five-team league standings with three wins and one draw en route final, ended their campaign with an unbeaten record. This was India’s second win of day over the same opponents. India had beaten Poland, who had finished second with two wins and as many losses.

Playing their third match of the day, the Indians were stunned for a while after Poland pumped in three goals without reply in the first five minutes of play through Mateusz Nowakowski (1st), Wojciech Rutkowski (5th) and captain Robert Pawlak (5th).

Poland played just one match on Sunday before the final as against India’s two and perhaps that might have some effect on Graham Reid’s men in the fast-paced format played in just 20 minutes.

Next Story : As a child, I was a tomboy: Raducanu