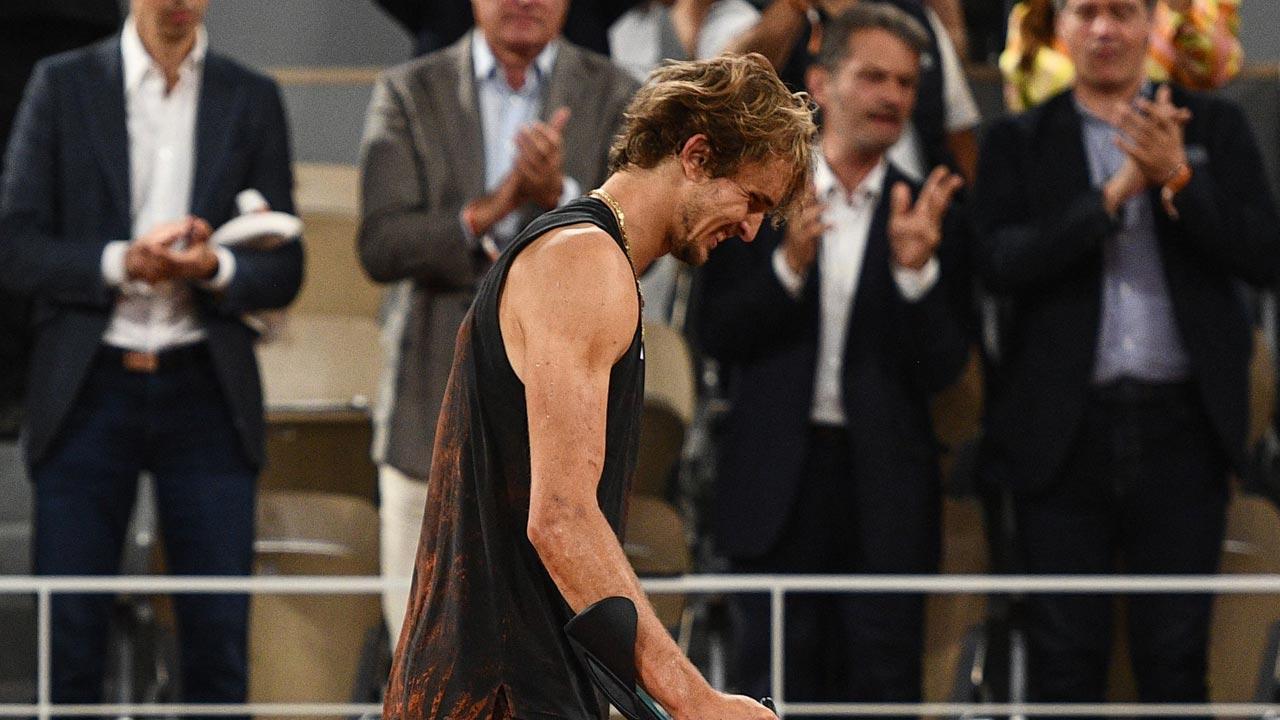 Alexander Zverev is applauded by spectators as he walks with crutches on the court after being injured during his men's semi-final singles match against Rafael Nadal on day thirteen of the Roland-Garros Open tennis tournament in Paris on June 3. Pic/AFP


German tennis player Alexander Zverev, who suffered a semi-final heartbreak at Roland Garros as he was forced to pull out of the clash against Rafael Nadal midway due to injury, has revealed that he has several torn ligaments in his right foot.

“Based on the first medical checks, it looks like I have torn several lateral ligaments in my right foot. I will be flying to Germany on Monday to make further examinations and to determine the best and quickest way for me to recover,” he posted on Instagram.

Next Story : 1st international gold for Aman as Punia gets bronze