‘He views all work with dignity’ 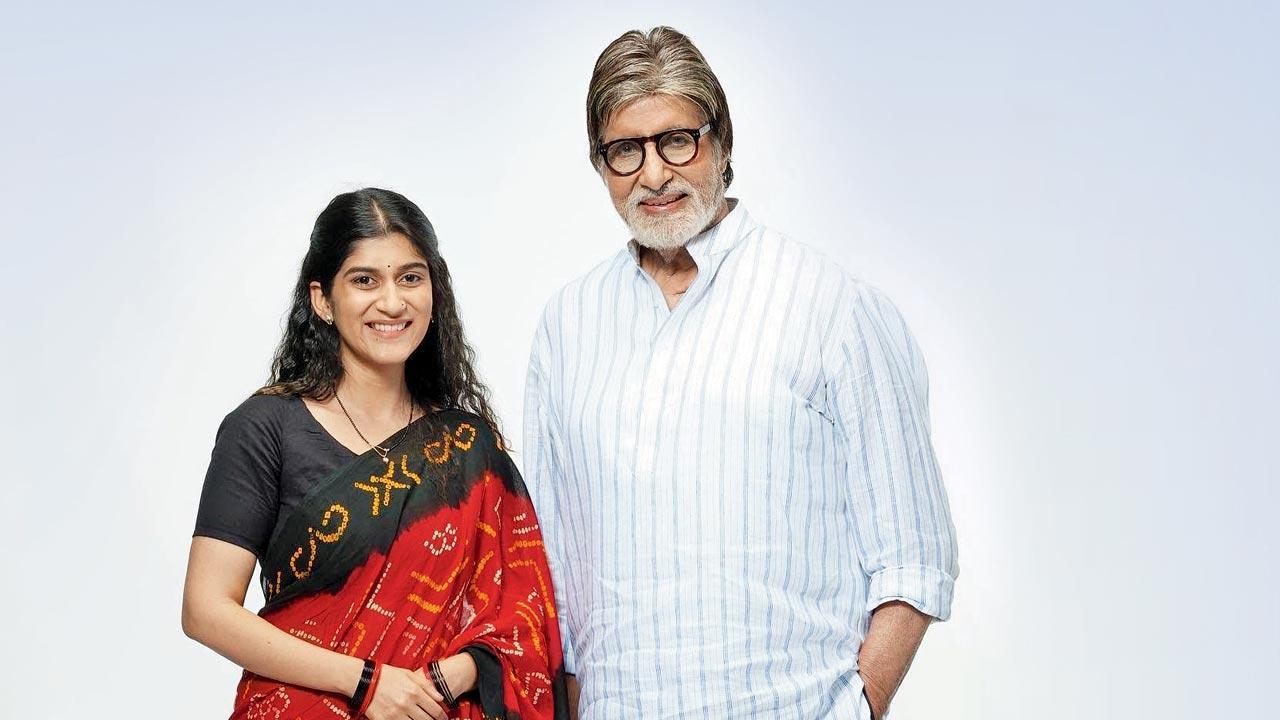 Joshi says she was only told that a “big actor from Bollywood” would play this role since it required a powerful on-screen persona. “There were names being tossed around, but we had no idea that it would be someone as big as Mr Bachchan. When we were told about it, we were all shocked, and didn’t believe our producer, Mr Anand Pandit.”

She describes Bachchan as “friendly and humble”, and one who “interacted with each one of us”. “He has a tremendous amount of energy, even at this age; it is inspiring. Legends are legends for a reason. He walks in before time, and is well-versed with his lines. He gives so much to his work, has  passion, and is punctual. He views all work with the same amount of dignity. The value of time is something youngsters like me need to learn from him. It was also surprising to see how fluently he spoke in Gujarati.”

While first-time director Jay Bodas was apprehensive about directing the megastar, Joshi says Bachchan broke the ice by “playing with his hair”. “Jay has long dreadlocks, and Mr Bachchan loved his hair. They hit it off in an instant. He was there for three hours and was patient.”

Fakt Mahilao Mate, she says, translates to “only for women”. The film is a comedy drama that also puts the spotlight on an “underlying issue related to women, and the fact that so many of them around us go unnoticed.”

“I have been working on projects that have strong female narratives. I play the male actor’s romantic interest. My character knows the kind of relationship she wants, and is vocal about it.”

Bachchan, the ambassador for Gujarat tourism, plays a cameo in the film, and has served as producer on past Gujarati offerings like  Saptapadii (2013). He was also seen in a bit-sized role in  Carry On Kesar (2017) with wife Jaya Bachchan.

Next Story : Venkatesh Daggubati to join Kamal Haasan and team at 'Vikram' event