Feisty, fresh and fabulous at 40 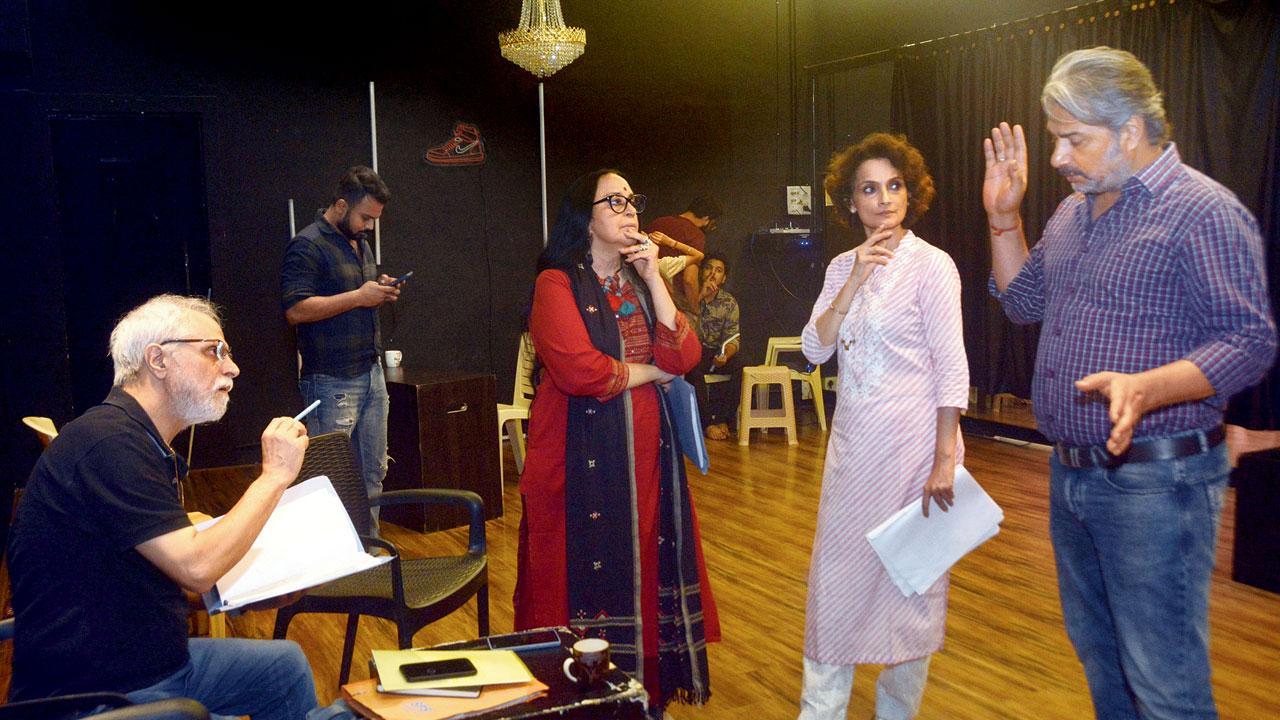 
It’s easy to gauge Ila Arun’s infectious energy and excitement across screens. That, she says, is because her labour of love, her theatre company, Surnai Theatre And Folk Arts Foundation, has turned 40.

“We performed for the first time on June 11, 40 years ago, at Prithvi Theatre in Bombay [now Mumbai]. It poured heavily that evening. Our show was called A Musical Sandstorm. There were barely seven to eight members in the audience who made it to the venue. There was an outage at Prithvi, and I approached Jennifer [Kapoor] for a solution. She said it’s an evening dedicated to folk artistes who can perform even without electricity, so the show continued in candlelight. There was no looking back,” recalls Arun. 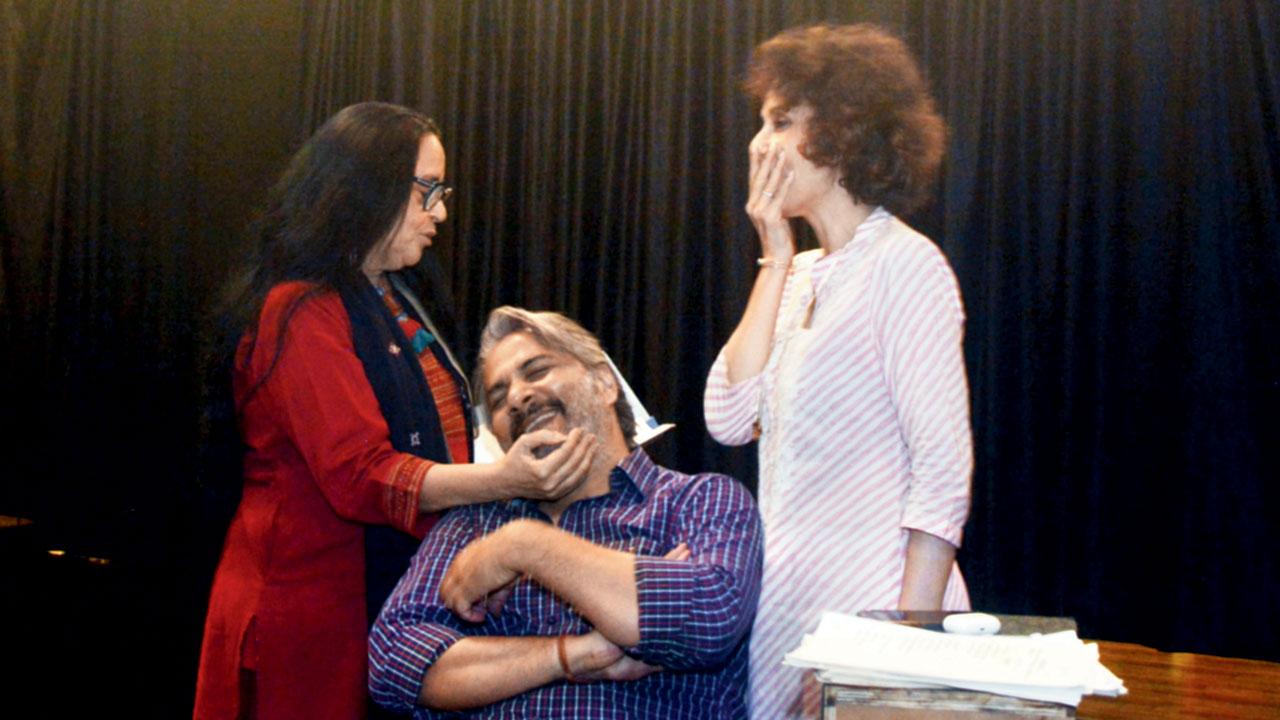 The cast of Shabd Leela during rehearsals

While reminiscing about Surnai’s journey, she admits it’s been a difficult ride. When she first arrived in Mumbai, Arun joined Nadira Babbar’s Ekjute Theatre. “Most come here to join Bollywood but for me, theatre was my passion. Luckily, Prithvi was born in the previous year. I wanted to express myself, write my own scripts, and adapt and produce them. I met Jennifer Kapoor, and being aware of my love for music and folk artistes apart from theatre, she encouraged me to bring folk artistes from Rajasthan together, to create something at Prithvi. Even our plays are dedicated to Jennifer Kapoor,” she adds. 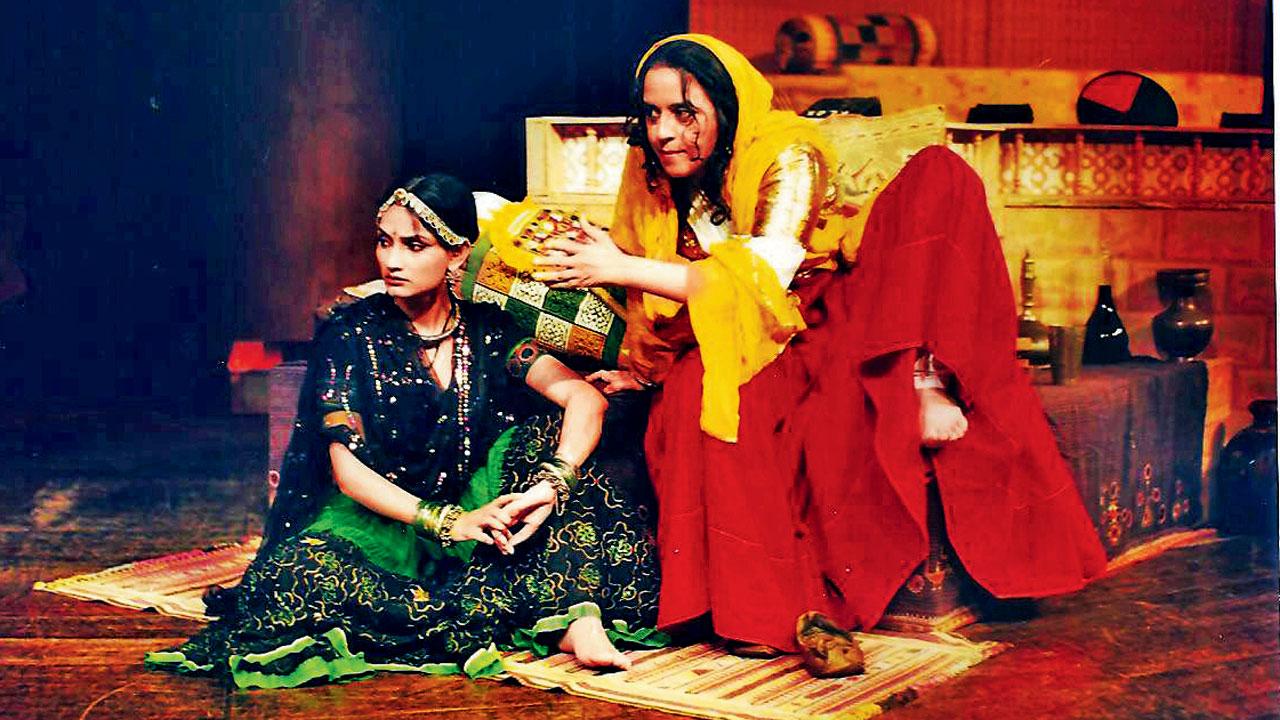 The group is named after the soulful Rajasthani folk instrument surnai from the shehnai family. Arun’s brother Prasoon Pandey sketched a musician playing the instrument that became their logo. Over the years, many actors and writers have been part of the company and its plays, but the core group of Ila Arun, KK Raina, Anjula Bedi and Vijay Kashyap remained intact. This collaboration and Raina’s unparalleled skill is what Arun believes has kept the group going.

“I first met KK ji for Ek Ruka Hua Faisla at Prithvi; I was awestruck by his performance and the play. I was keen that he joined me for my new venture. Our earnings from TV shows and commercial performances came handy. KK ji is a voracious reader. He suggests if an idea could be adapted, I write and act it, and he directs it; we fight but Surnai benefits,” Arun jokes. 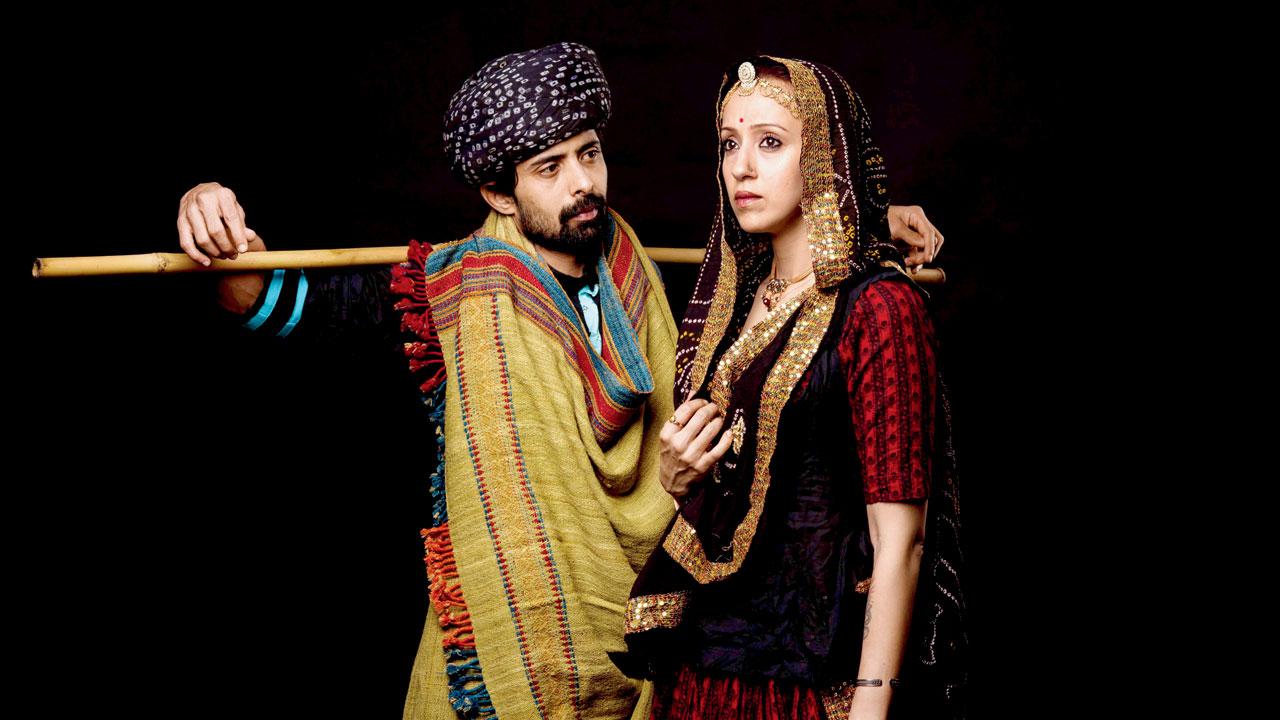 Ishita Arun and Rahul Bagga in a scene from Mareechika

“My first memory at Surnai is this beautiful girl carrying a jhola, going door to door in search of advertisements for her play. Hailing from drama school, I knew this would be tough. I was doing a film called Vijeta so I told her that I would join her after the shoot was wrapped up,” Raina recollects. “She wanted to write a play called Riyaz. As a musician, she said we have to do our rehearsals. If we stop practising, we will cease to be musicians and artistes. Similarly, in a man-woman relationship, you need to constantly work at it. I was struck by this interesting metaphor. I kept encouraging her and she came up with a beautiful play. She never stopped after that,” he adds. Raina also recounts their challenges to raise funds. “Sadly, much hasn’t changed over 40 years, despite rents of venues and other expenses having shot up.” The duo admits being blessed to work with dedicated actors. Arun shares an incident during their play, Jameela Bai Kalaali, when Rajeshwari Sachdev’s saree had caught fire at a Diwali party. Despite being in the ICU with a third-degree burn, she performed against the doctor’s wishes at her own risk.

From June 10, the group will perform their plays — Miracle on Matunga Street, based on Tom Dudzick’s American play; Miracle on South Division Street; Yeh Raste Hain Pyar Ke, which talks about the plight of senior citizens during the pandemic; and Shabd Leela, a play that combines selected portions from three works by famous Hindi playwright and poet, Dr Dharamvir Bharati, in one script. Arun is keen to revive some of the group’s early plays and crowd-fund her dream project — to develop a small theatre space in Malad.

life and style mumbai mumbai guide things to do in mumbai

Next Story : Experts outline how leaders can transition smoothly in the corporate world