Community bands together to turn Marol into a cultural hub 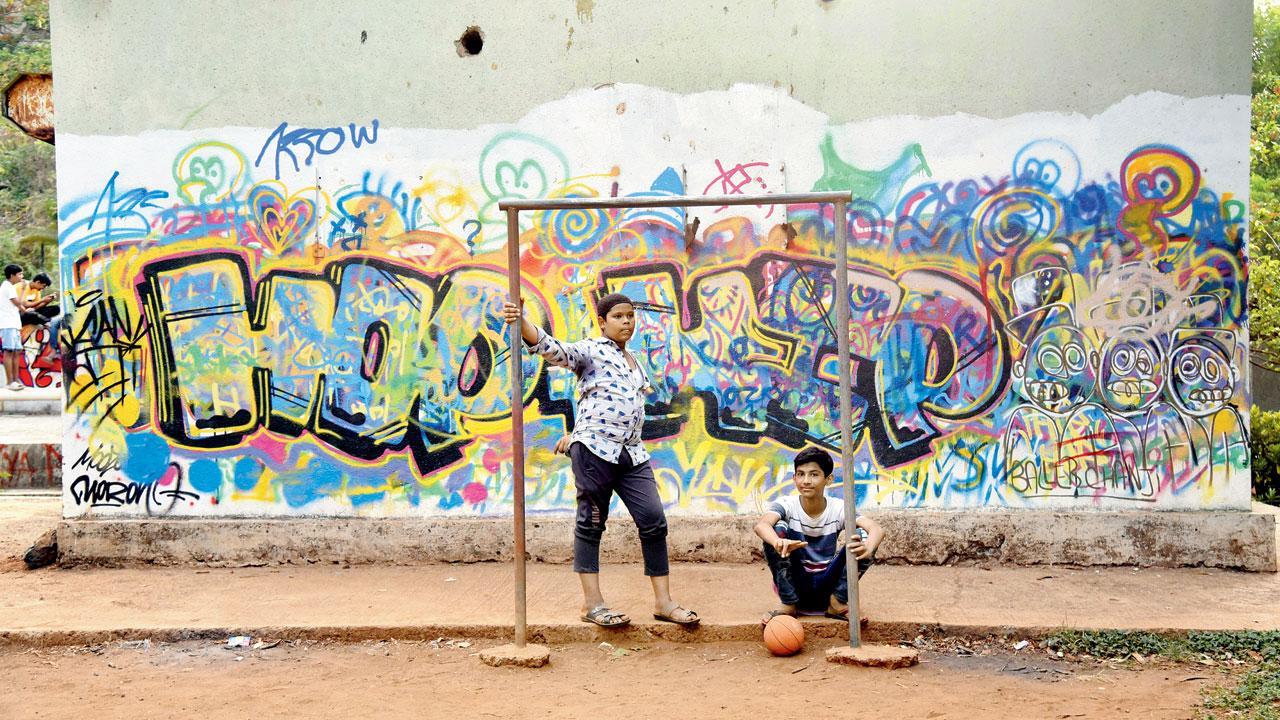 Art at Bharat Van Park painted by locals during a graffiti and art workshop. Pics/Sameer Markande


Nearly 22 years ago, the Military Road Residents Welfare Association (MRRWA), a community welfare society in Marol put down plans to convert an abandoned quarry at the end of Military Road into a public park. It’s called Bharat Van, and from the outside, it seems all too regular, as if there weren’t an expansive garden that ascends to multiple levels with space for morning walks, sports and cultural activities. This garden is one stop of Marol Art Village (MAV), an art community supported by MRRWA and Wicked Broz, a graffiti and street art collective. When we drop by the area, we are greeted by resident and co-founder of Wicked Broz, Omkar Dhareshwar who helms the project, “I want to put Marol on the map, make it the next Kala Ghoda, with heritage walks and street art tours.” Every Sunday, MAV hosts #Back2TheRoots, jam sessions at the park where they teach slacklining and sketching, conduct a garden clean up, and a rap cypher. 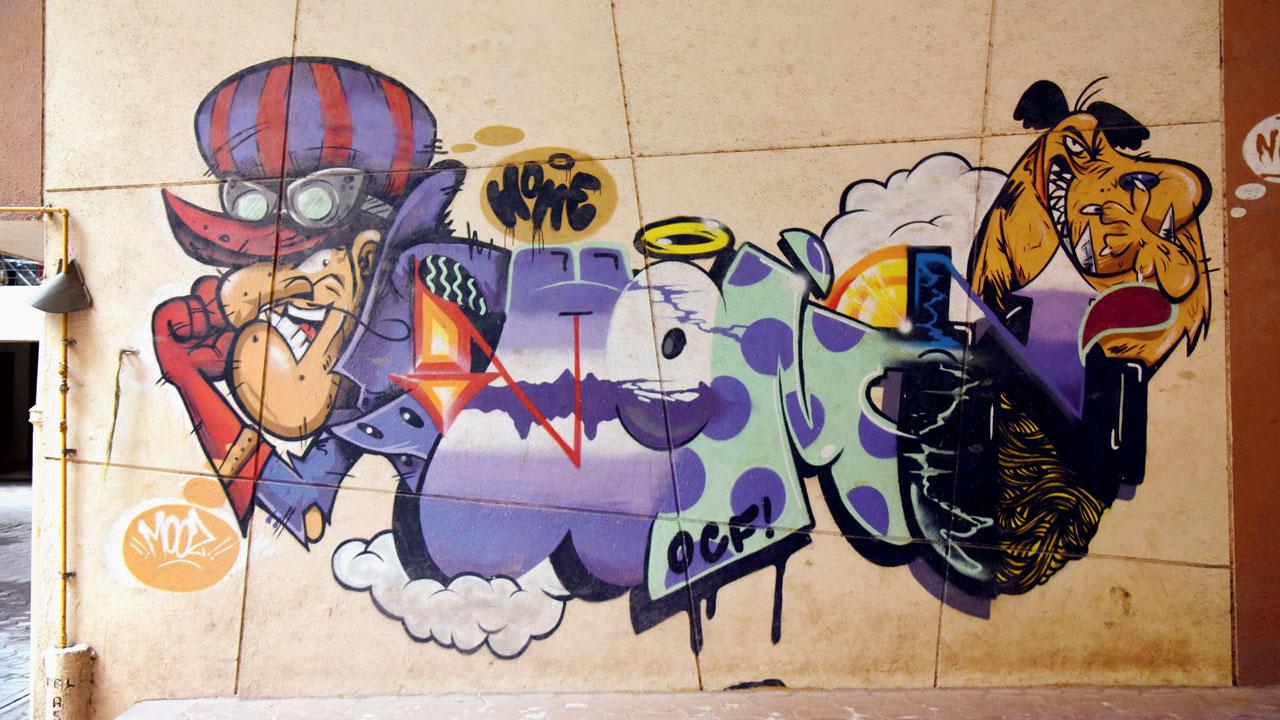 MAV consists of spots where the collective puts up fresh paint including Dhareshwar’s residential complex, Eco Park. The East Indian Association of Orleria or Marol Gaothan 59 initiated another hub when they approached the collective for a project. The murals by artists and locals reflect the culture of the families in the area. Other MAV stops include Adarsh Nagar, Jabarpada, Vijay Pipe Lane, and buildings around Marol. The seeds for MAV were sowed in 2015, with extra spray paint lying around from commissions, projects and local and international festivals including Ladies First, Bombway Festival, and Bonjour India. The Art Village wouldn’t be what it is today without MRRWA, Wicked Broz, and hip-hop. The Indian hip-hop scene is community-driven, and graffiti is an extension of the genre. Dhareshwar reveals, “Over the years, I’ve realised it’s not just about the art, but the community. It’s important that every artwork resonates with the space and its people. You create it for them and involve them in the process.” Dhareshwar points out an artwork at a corner at Bharat Van done where youngsters play cricket and football. He tells us that a few days after the art was completed, the kids painted the outlines of goalposts and cricket stumps over it. Yet, the painting doesn’t look ruined, it completes the story of the area. 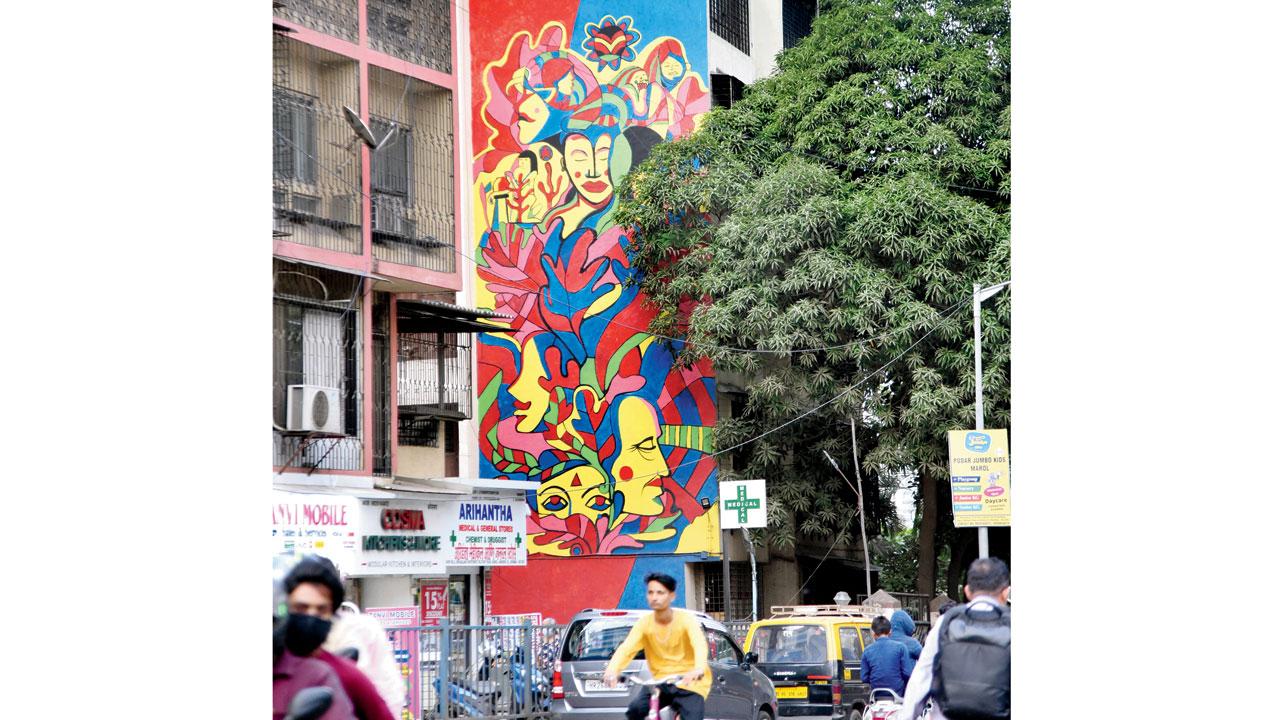 Conceptualised by Ashwini Hiremath, painted by locals and MAV community for Ladies First 2021

“Marol Art Village is all about creating the right ecosystem that draws people and ideas together, and creates a space for expression and community,” the art activist tells us. Seven rappers from Marol who frequent #Back2TheRoots — have gone forward to create music professionally. 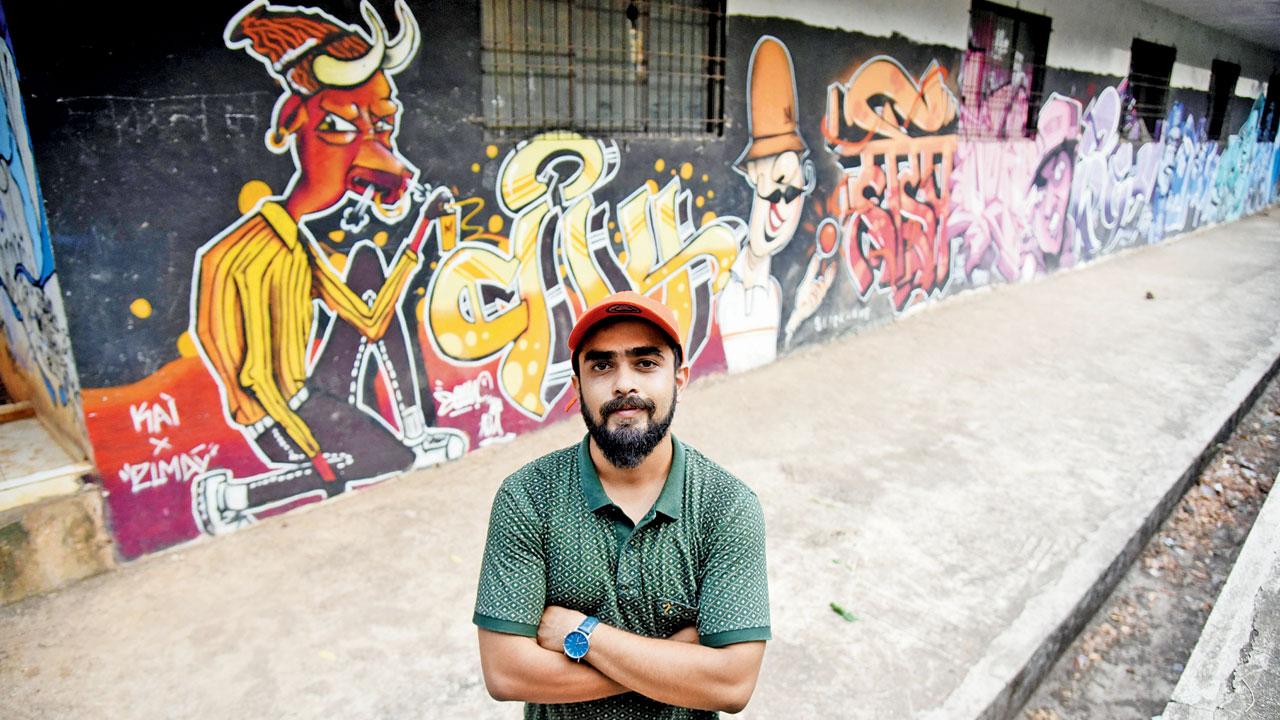 The 31-year-old adds how at times while seeking permissions, wall owners are apprehensive, “They think we are painting advertisements. We have to explain why we’re doing this.” The reasons are plenty; he continues that street art creates landmarks, it reflects the culture of its residents and strengthens the bond and feeling of community, and lastly — the main aim of Marol Art Village — it contributes
towards creating a cultural hub.

life and style mumbai mumbai guide things to do in mumbai

Next Story : Green for a theme