Not playing by the book

After a public library in Oklahoma thanked a local on social media for returning a book that was “only 46 years overdue”, custodians of Mumbai libraries share their woeful and wacky episodes with borrowers 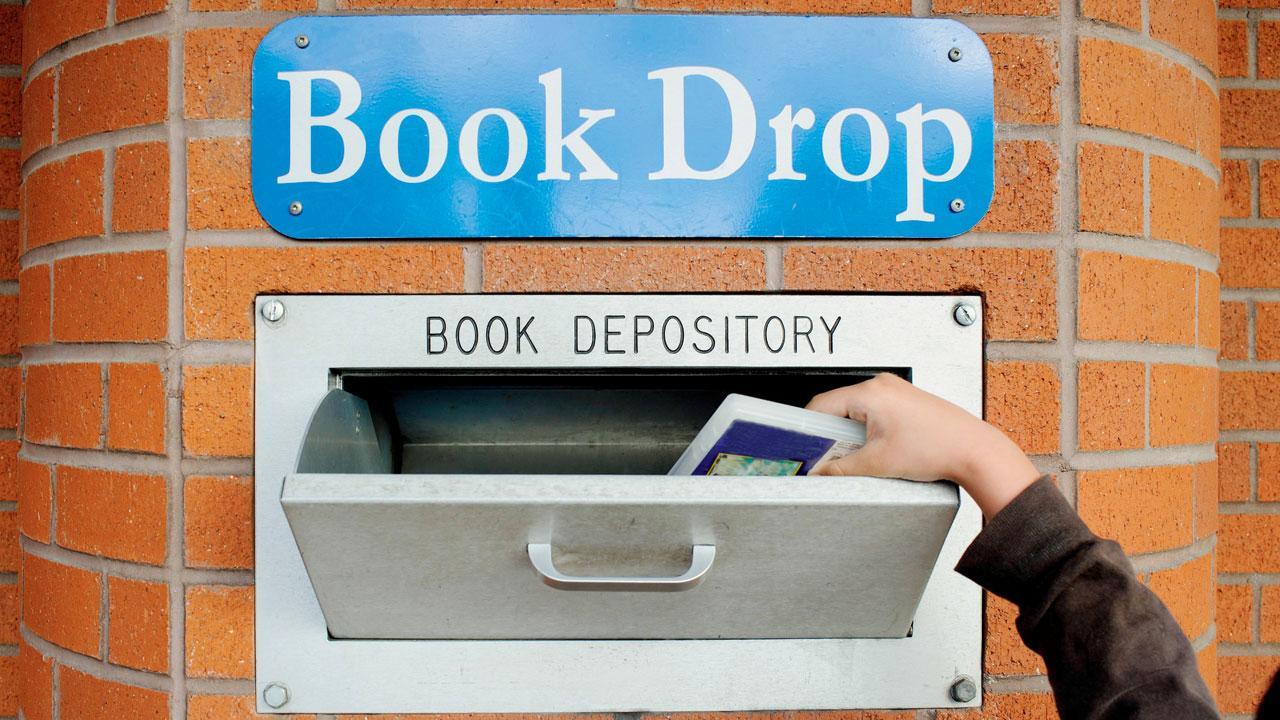 
This writer was reminded of the Hindi proverb, “Der aaye durust aaye” when she spotted an unusual thank-you note on Facebook. Oklahoma’s Owasso Library’s note of gratitude for a local who returned the book titled Annie, Annie by Mollie Cone after four long decades read like a sigh of relief. 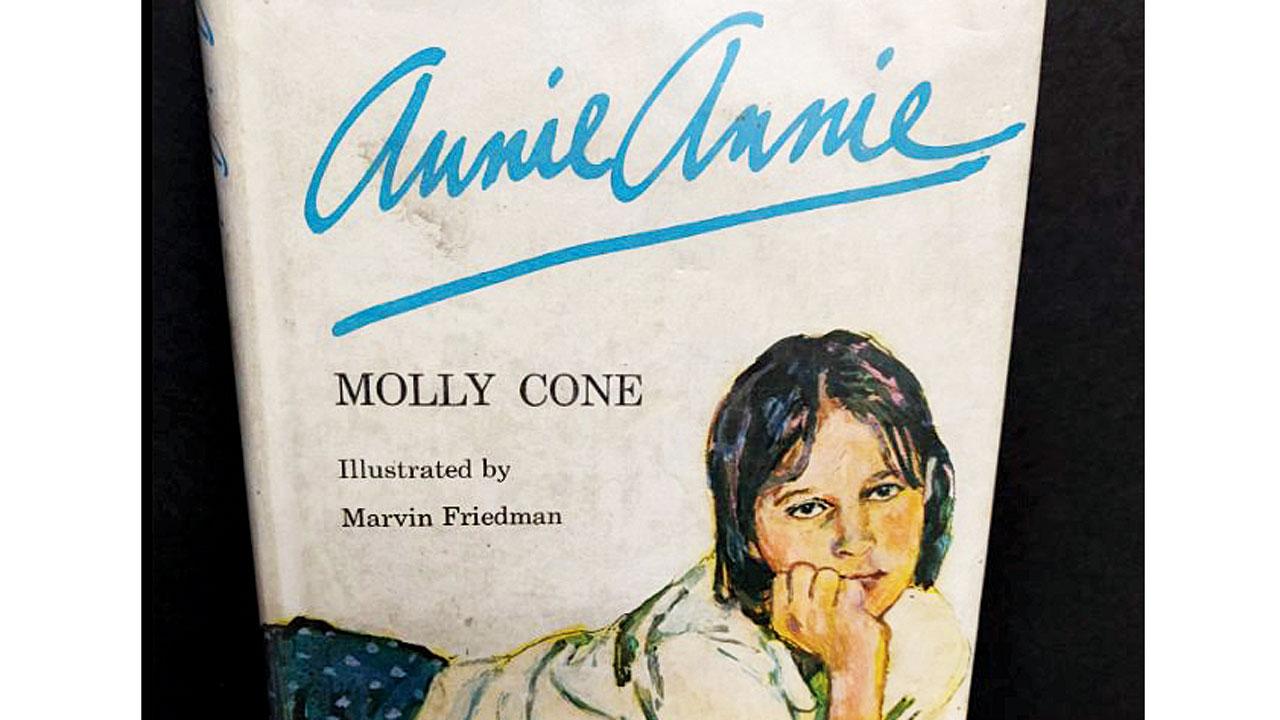 The book that was returned to Owasso Library, Oklahoma

While cybersurfers wanted to know if a hefty late fee was charged by the library, we wondered what lessons Mollie — a rebellious teenager caught between disorganisation and free thought — imparted to a reader over the protracted stretch. Library-keepers in Mumbai discuss ways of ensuring a book’s safe and timely return. They throw in a couple of chuckle-worthy moments, too. 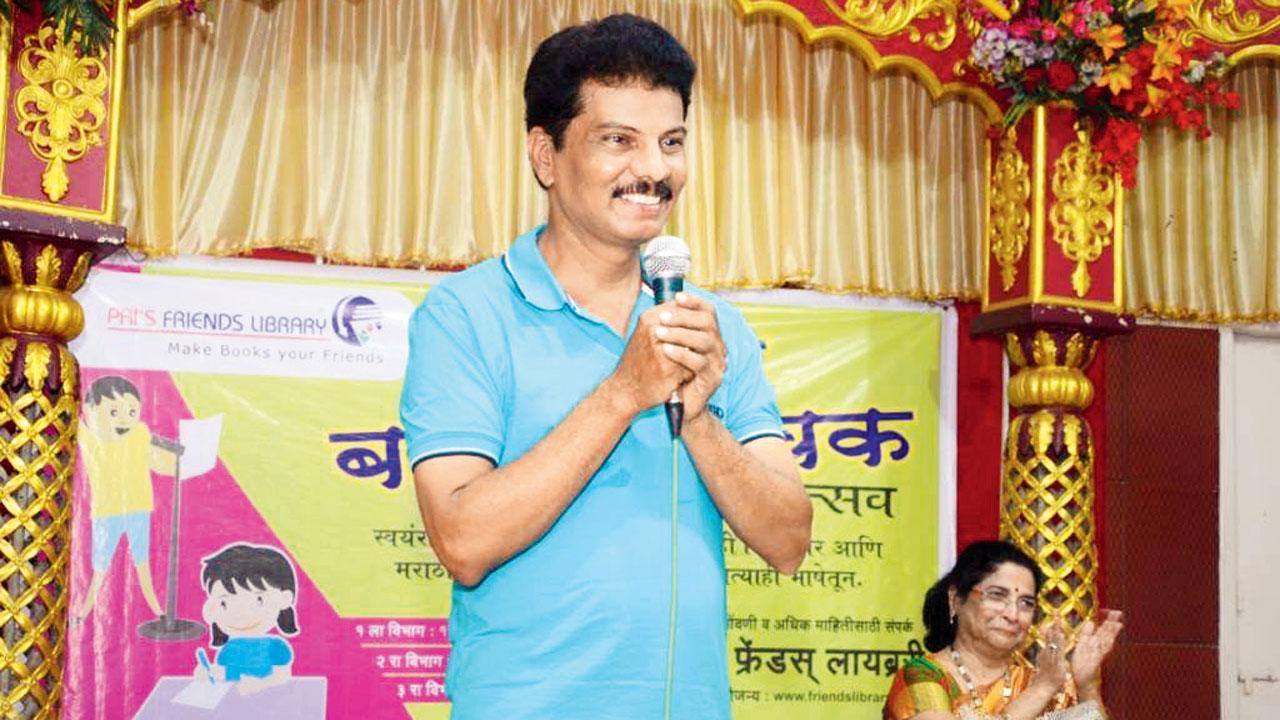 The library was founded in 1986. Over the years,  I have noticed that strict rules often deter readers from visiting the space. In the olden days, we used to monetarily penalise readers for any damage caused to a book. They also had to return books within a specified period of time, but currently, we have a more democratic system in place. People can drop by, become a member and borrow books for as long as they want. We have enough copies to not let the demand for any book suffer. A system like this propagates the spirit of our name — we are indeed trying to make friends over books. The lack of terms and conditions might seem like chaos but in actuality, books coast back to us in good condition. There are only a few defaulters. Since I am dedicated to making Friends Library thrive as a contextual place for engagement. I am watchful of pushy parents. Once a parent wanted their 10 or 12-year-old child to issue Mein Kampf by Adolf Hitler from us. Why would anyone want to come back to a reading room if they are unable to forge a connection with books? 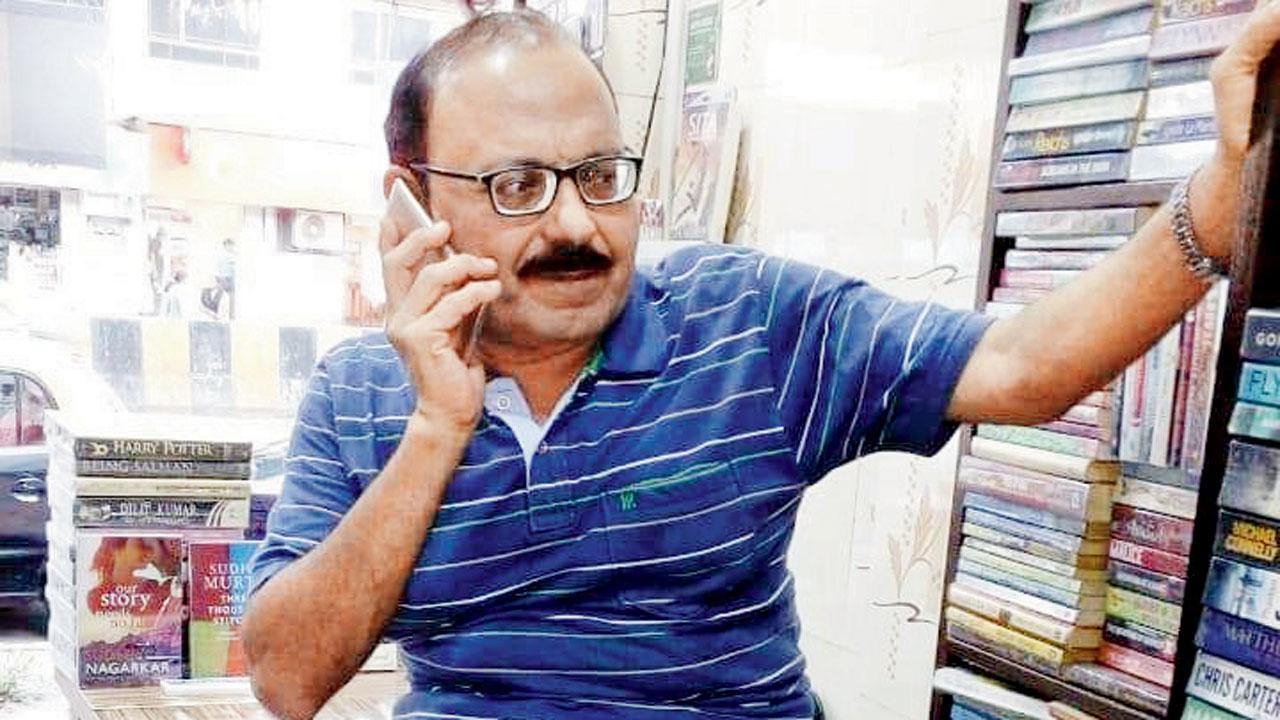 I wonder if readers would have felt comfortable to return books after a considerable delay through unnamed deliveries. Often, they step back due to the fear of embarrassment. Some book titles are too precious to be replaced or might have even gone out of print. In such cases, we have to make do with the deposit amount we take while issuing a book. The deposit amount varies depending on the price range of volumes. I have lost two rare titles — a book on rare glimpses of Hollywood between 1930s and ‘50s v/s rare glimpses of Bollywood during the same period; and the initial black and white collection of Batman and Superman comics. Coming to know of the happening in Oklahoma, I just hope to receive these titles some day. 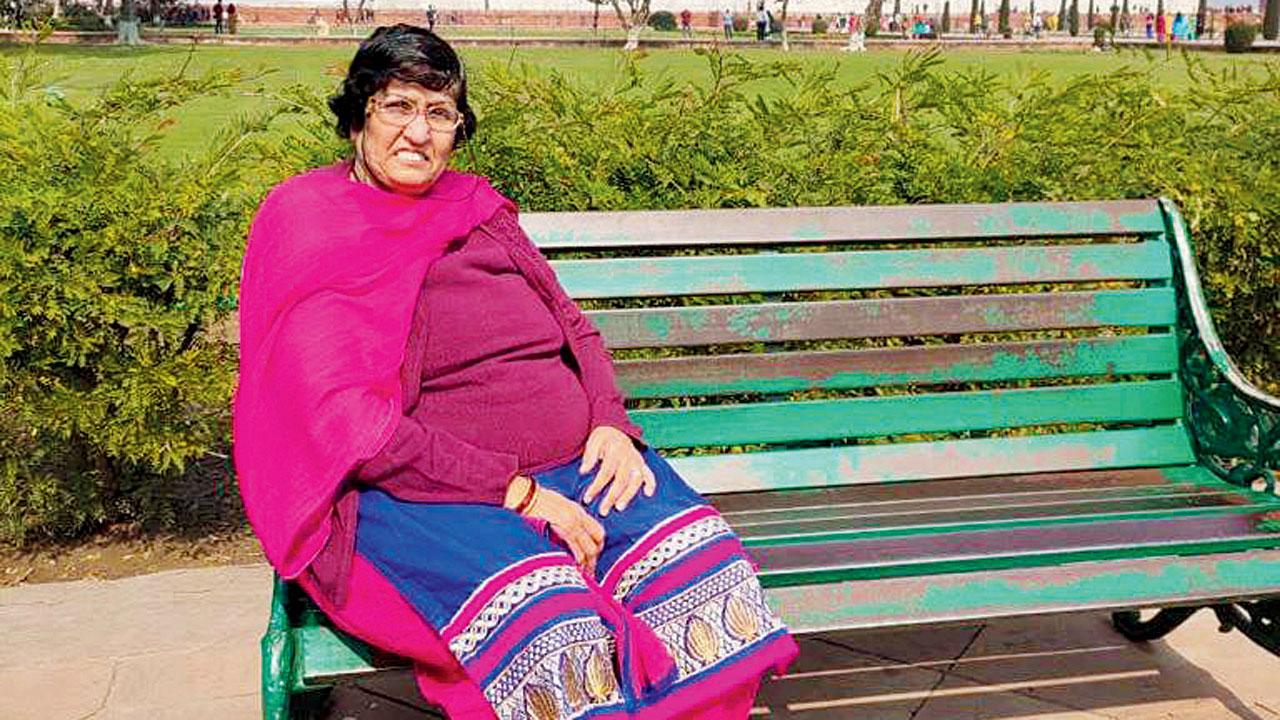 My experience as a secretary in this library tells me that a sweet reminder can go a long way. Many of our readers are based in the suburbs of Mumbai. It is not always possible for them to travel to SoBo only to return a book on time. They then call or email for an extension. However, our return policy is guided by strict rules. Books must be returned within a 15-day time frame, and we also have guidelines to ensure a book is cared for. Our members are responsible and abide by our statutes, but lapses are inevitable when a person moves to another country without any prior notice.

Depend on the deposit
Ahalya Naidu-Momaya, Trilogy, Bandra 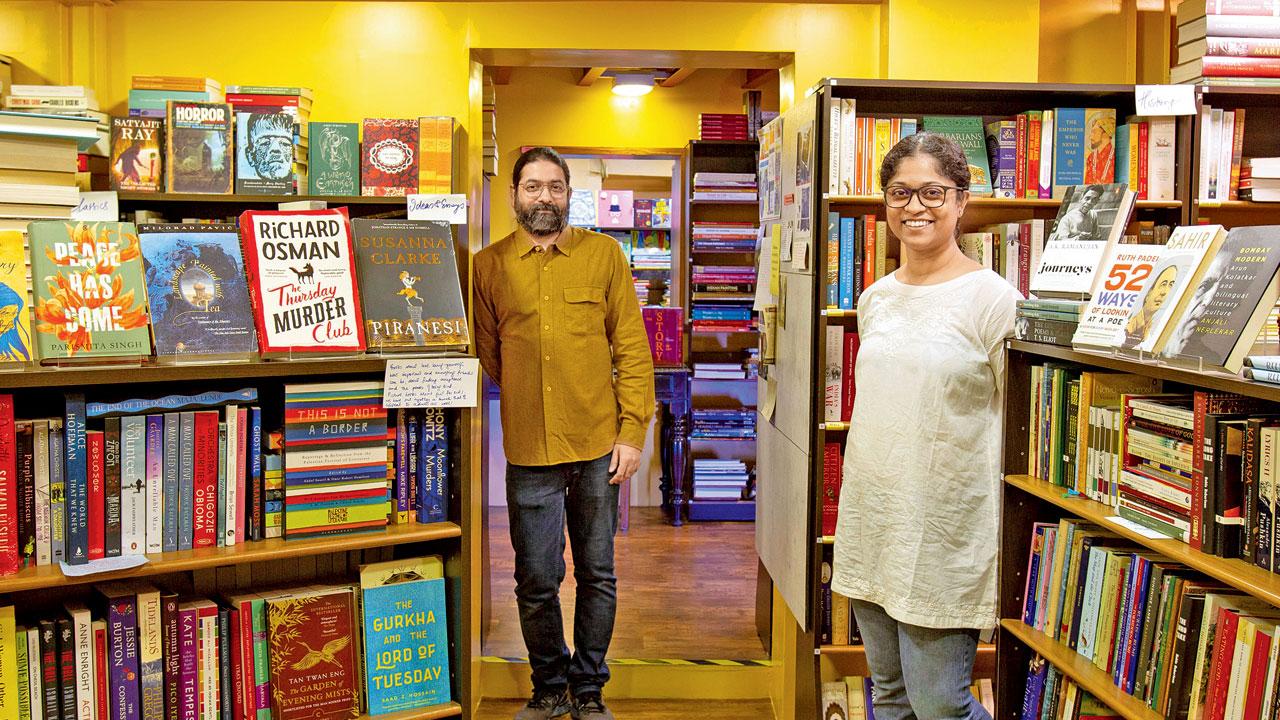 Although you consciously try to not appear like a strict librarian, sometimes, you end up doing it. Once, a member had overstretched his time by months. We reminded and requested him via email and messages, but to no avail. We gave up and replaced the book, as other readers were keen to borrow it. Later, at Palladium mall, while I was going up the escalator, he was coming down, and we were facing each other. I could sense the tension in his face. Once I had crossed him, he seemed relieved. The book he owed us was returned, but I will always remember that silent confrontation. Another time, a collection of short stories by Mark Twain wasn’t returned for long. I felt restless each time I walked past the spot it occupied. Meethil gifted that title to me [co-founder of Trilogy], and when the borrower brought it back with their profound apologies, I told him that it was upsetting because of the emotional value. Our members are mostly genuine. In case of unforeseen and unavoidable circumstances, they have written to us expressing their concern over dropping it, and we’ve figured a way out. Sadly, some never come back to the library. We rely on the deposit amount to replace it.

mumbai mumbai guide things to do in mumbai

Next Story : Small is beautiful