The investigation so far into the Kurar suicide case shows that the recovery agents in India are trained to harass borrowers by their handlers in Nepal, officers of the Mumbai Crime Branch’s Cyber Cell said on Thursday. Police arrested Raju Bhanwarlal Khadaw last week after his harassment drove a Kurar resident to suicide. While he has not revealed much about his handlers, police are using the data recovered from his phone for further probe.

The North Region Cyber Cell of the Mumbai Crime Branch is investigating the suicide of Sandeep Koregaonkar, a resident of Kurar in Malad. The officers arrested Khadaw from Gajsinghpura in Jaipur, Rajasthan, on May 29, and also found R14 lakh in his bank account, which they believe is his income from harassing the borrowers.

Khadaw is not revealing much about his handlers in Nepal, said an officer, adding, “He is a tough nut to crack. He is aware of legal proceedings”. The Cyber Cell, however, is in the process of taking Interpol’s help in getting further details on suspects operating out of Nepal.

Police traced Khadaw using the Internet Protocol Detail Record (IPDR), and learnt that he used four different mobile phones and four SIM cards. He had masked his identity by using Virtual Private Networking (VPN). “He was using one mobile phone for the Internet, and the phones that he used to make calls were connected to the Internet through hotspot. He is tech savvy and knows that VPN makes it a little difficult for the law enforcement agency to trace the source,” an officer privy to the investigation said. 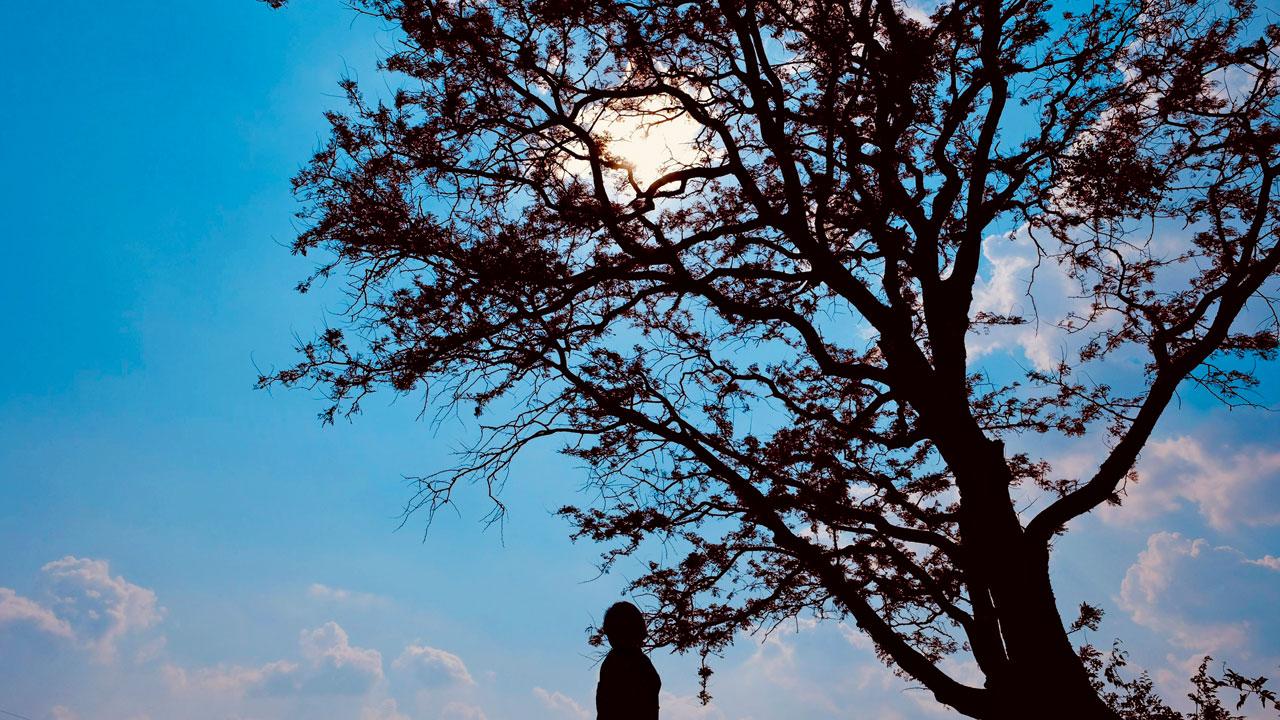 Khadaw and others would sit under a tree for hours daily, making calls and sending messages. Representation pic

Khadaw also used the SIM card of one of his family members and downloaded WhatsApp on his mobile phone to make harassment calls, officers said. According to sources, on an average, Khadaw made about 100 calls daily to harass the borrowers of HelloCash loan app.

The handlers trained him to make calls for recovery of loans, said officers. “The calls were made through WhatsApp. He had deleted all the call logs. One of the phone numbers found on him was used to make calls to Koregaonkar,” they added.

He was paid a handsome salary, transferred through different bank accounts and UPI IDs. “We have found over R14 lakh in his account, which is fraudulent in nature. He belongs to a middle class family. He does not even have an explanation about the huge amount of money found in his account,” an officer said.

“Apart from him, we have got the details of two more suspects, through technical analysis. They are operating from Nepal, and we are in the process of taking Interpol’s help through the CBI, which is the nodal agency,” the officer said. Khadaw is in the Cyber Cell’s custody until today (Friday). The police are going to seek his further custody to ascertain more about the handlers and their modus operandi.

Khadaw, who has a BA degree and is a teacher by profession, lives with his parents and wife, who were not aware of his crime, said officers. Police arrested him after Koregaonkar took his life following constant harassment by him. Khadaw had shared on WhatsApp morphed photos with message saying Koregaonkar has raped and killed a 12-year-old girl.

Other officers mid-day spoke to said that the loan app racket uses the same modus operandi that was used by Jamtara phishing scamsters. Police suspect the involvement of several agents, mostly unemployed, since the first COVID-19 lockdown in March 2020.

“In Gajsinghpura from where we nabbed Khadaw, we spoke to the locals. They told us that Khadaw and three-four of his friends would gather under a tree daily after 9 am, and they stayed glued to their mobile phones until 6-7 pm. The youngsters told villagers they were playing Dream 11 betting games and winning lakhs of rupees.

“They were instead sending threatening messages, as per the details gathered from Khadaw’s mobile phone. We only have evidence against Khadaw. We are investigating to verify if his friends were also involved,” said an officer.

“We believe that Khadaw was active in the loan app scam since the first lockdown.” Talking about his bank details, the officer said, “Khadaw sent money to two other people in Odisha and Pune. By the time our teams went to these two locations, the accused had fled. They were staying at hotels and had used forged documents.”

“We believe there are several recovery agents across India who did a recce during the lockdown and selected more jobless people for the scam, and Khadaw was hired by one of them. We found out that Khadaw was sacked from the school where he was working as a sports teacher,” the officer said.

What is the Jamtara scam

In one of the most common cyber frauds, youths from Jamtara in Jharkhand called people, asking for KYC details or bank account updates and in the process duping them. These callers also secured remote access to their victims’ mobile phones by asking them to download an app, and looted them of thousands of rupees.

100
No of calls Khadaw made daily