Byculla, Vakola and Nagpada police call victims to the station on Friday to take their complaints, hours after mid-day reported about their inaction previously 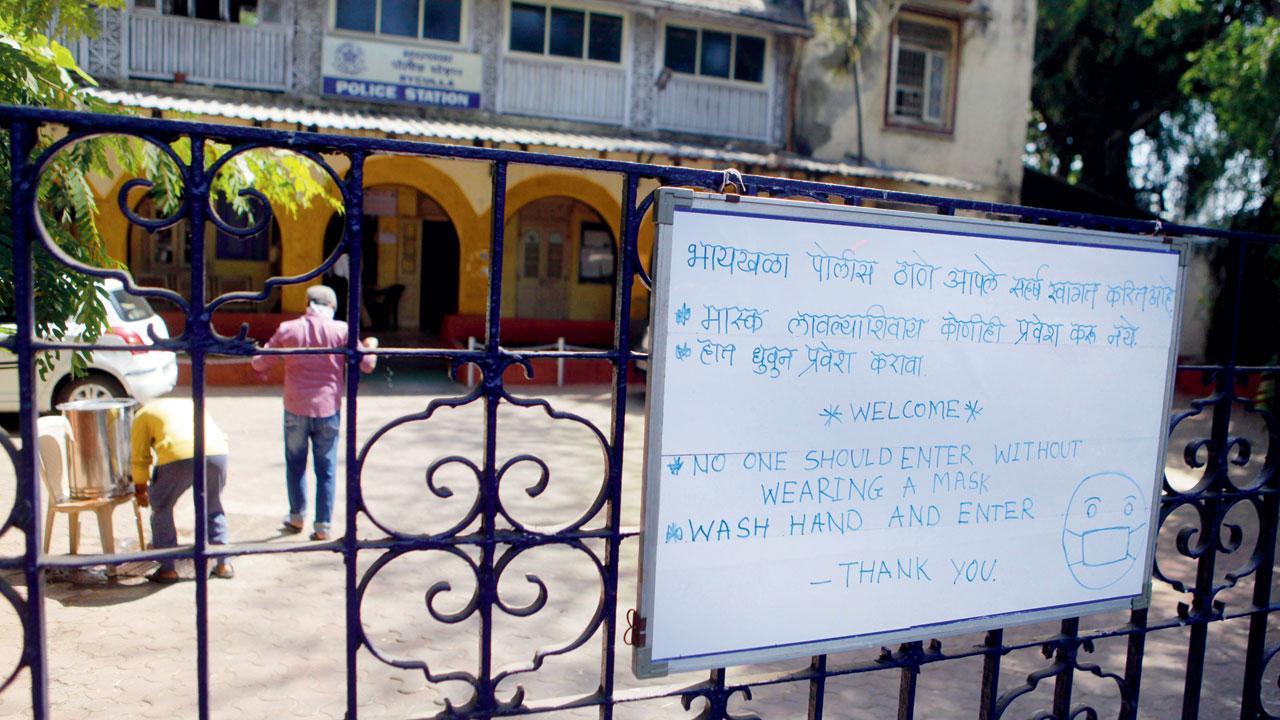 
Hours after mid-day reported the plight of loan app racket’s victims who had been sent away by cops without an FIR, some of them have been contacted by their respective police station. Victims who had previously approached Byculla, Vakola and Nagpada police stations but got no resolution, visited again on Friday. Nagpada police called the 25-year-old delivery executive, who was earlier dissuaded from registering a complaint.

“After the story in mid-day on Friday, an officer called me to Nagpada police station. I paid a visit thinking they will file an FIR, but the police handed me a copy of a non-cognisable (NC) offence that they registered. I don’t know what to do now. I am ready to repay the loan, but I have been subjected to harassment by the recovery agents. What if they come to my doorstep?” he asked.

When mid-day contacted Senior Inspector Ramesh Khade of Nagpada police station, he said, “We have registered an NC under Section 507 (criminal intimidation by anonymous communication) of the IPC, because the victim is saying that he does not want to pursue a case.”

“There is nothing to investigate in this matter, because the victim has not incurred any loss. He is only being threatened, which falls under Section 507 of IPC, i.e., an NC offence. There is no case of cheating and loss, and the loan recovery agent is not demanding more money from him. Above all, the victim has given us in writing that he does not want to pursue the case. In this case, the FIR will not be registered,” Khade added.

The delivery executive, however, denied in writing that he didn’t want to register an FIR. “I am being harassed by loan recovery agents and it was the reason I had made an online complaint.” When asked how the harassers will be arrested, Khade said, “If required, we will approach the court for permission to investigate the matter. We can retrieve the call detail record (CDR) or subscriber detail record (SDR) and nab the accused.”

A criminal lawyer at Bombay High Court, Trivankumar Karnani, said, “It is extremely deplorable that a local police station is failing to follow the instructions given by the police commissioner. There is a degree of frustration where they feel that if an FIR is registered a lot of responsibility and paper work will come on their heads. Therefore, they don’t have the will to take on the initiative by registering an FIR, nab the criminals and unearth the truth and gravity of the offence.”

“Despite the commissioner’s order, the police stations are filing an NC offence under Sections that do not act as a deterrent. The crime will only stop when it acts as a deterrent. In the Byculla case, Section 507 is criminal intimidation by anonymous communication. But what is the purpose of criminal intimidation? What about the fact that I [victim] got cheated because I took out a loan on the basis of misrepresentation? I have been deceived, what about the criminal breach of trust that I entrusted on these mobile loan app companies, borrowed money and they have breached my trust instead of recovering money through legal methods and procedure set out by law in the Indian judicial system,” he added.

“They (mobile loan apps) have indulged in extortion tactics. So, ideally FIR should be registered for cheating, criminal breach of trust, extortion and criminal conspiracy. And I would go even one step forward and say that the police must put Sections of organised crime, because mobile loan apps are cheating in a large number and the social stigma that revolves around is that they are threatening the victims by messaging their friends, relatives and others and sending them morphed photos, demanding money,” Karnani said.

“The police are rendering the entire justice system as just inefficient because the registration of FIRs or commission of a crime is done by the police. Police are the gateway to justice and if they don’t take cognisance of the seriousness of the offence that is disclosed, then we are killing the justice system’s roots. And if you just shut the gate to justice at the very beginning, how do we secure the ends of justice in courts?” he asked.

“Giving just a copy of an NC offence to the victim and sending him away is not only immoral, but illegal too. The victim must approach the Bombay High Court to seek directives because you cannot recover a loan from a defaulter through extortion,” Karnani added.

Vakola police, however, have registered an FIR station under Sections 384 (extortion) and 500 (defamation) of the IPC, and Section 67 of the Information Technology Act. “Earlier, police had registered only an NC offence, but they called me on Friday morning and registered an FIR,” said the Santacruz resident, who is the SEO manager in a digital marketing firm.

The Byculla police have recorded the statement of the 27-year-old student on Friday and asked her to come again on Saturday. She had told mid-day that she had downloaded an app briefly and did not even apply for a loan. Despite deleting the app, she was being harassed by the recovery agents, prompting her to switch off the number, she had said.

Next Story : Mumbai: Dismissed constable who found a career in crime, arrested