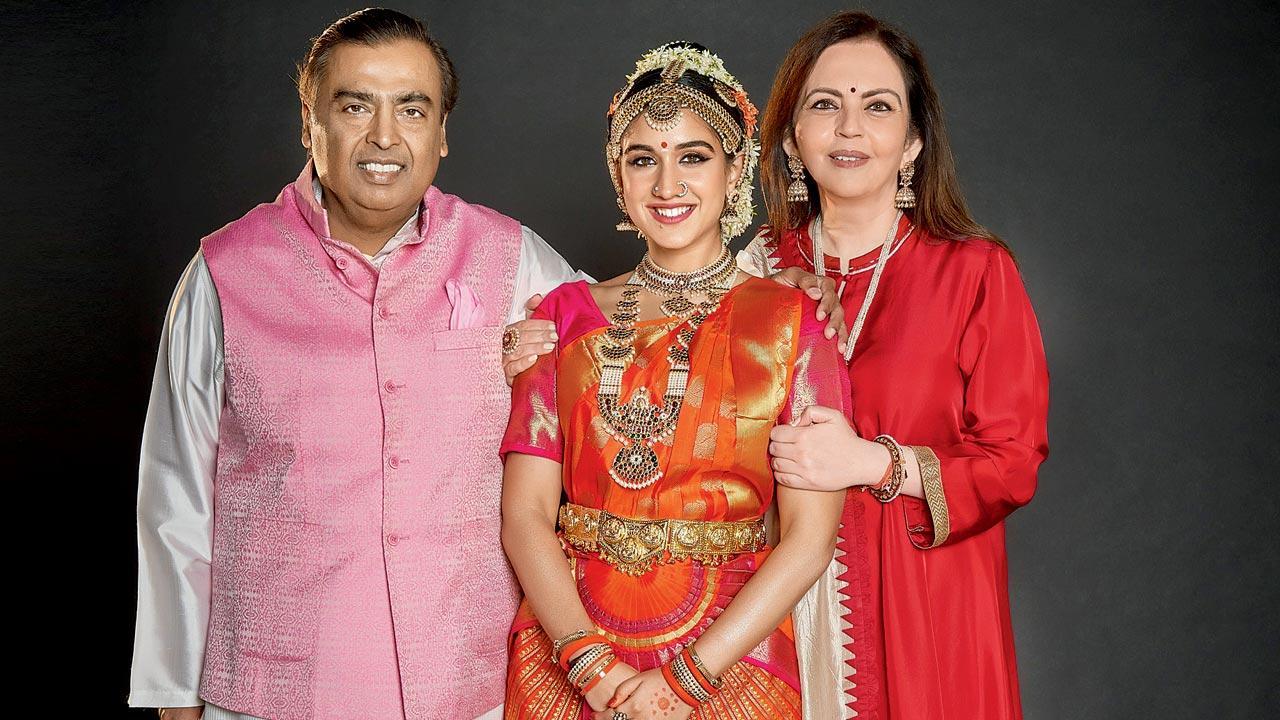 
Sunday night saw the city’s influential and culturati meet at Jio World Centre, BKC, for the arangetram or ‘ascent to the stage’ of Radhika Merchant, Anant Ambani’s bride to be. Anant is Nita and Mukesh Ambani’s younger son. The guests turned up in their traditional best, personally welcomed by the Ambanis. 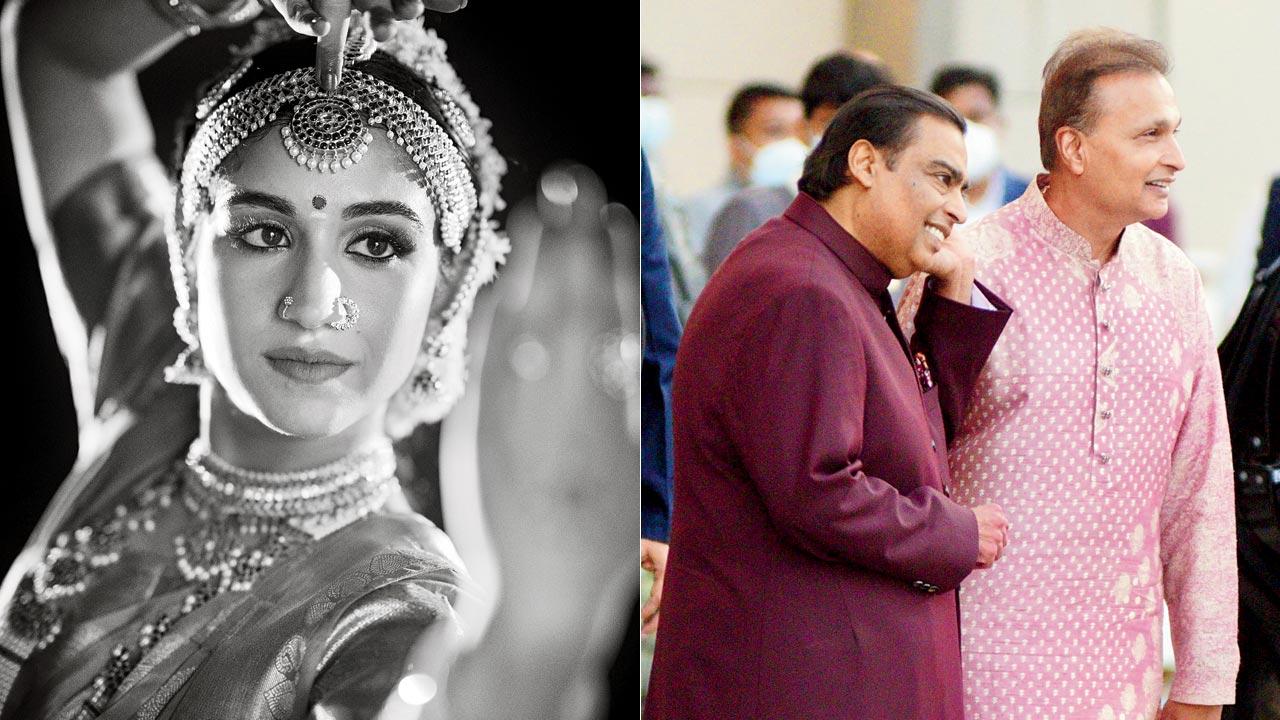 Radhika Merchant has trained in Bharatanatyam for eight years; (right) Mukesh and Anil Ambani display sibling camaraderie, a rare sight, as
the extended family turned up to cheer Merchant

Trained under the tutelage of her guru, Ms Bhavana Thakar, Merchant has trained in the classical dance form of Bharatanatyam for eight years. This solo performance  marks her entry into the classical art world, characterised by guru-shishya parampara.  Now, there is something common between mother-in-law and future daughter-in-law. Nita Ambani is a trained Bharatanatyam dancer, too. 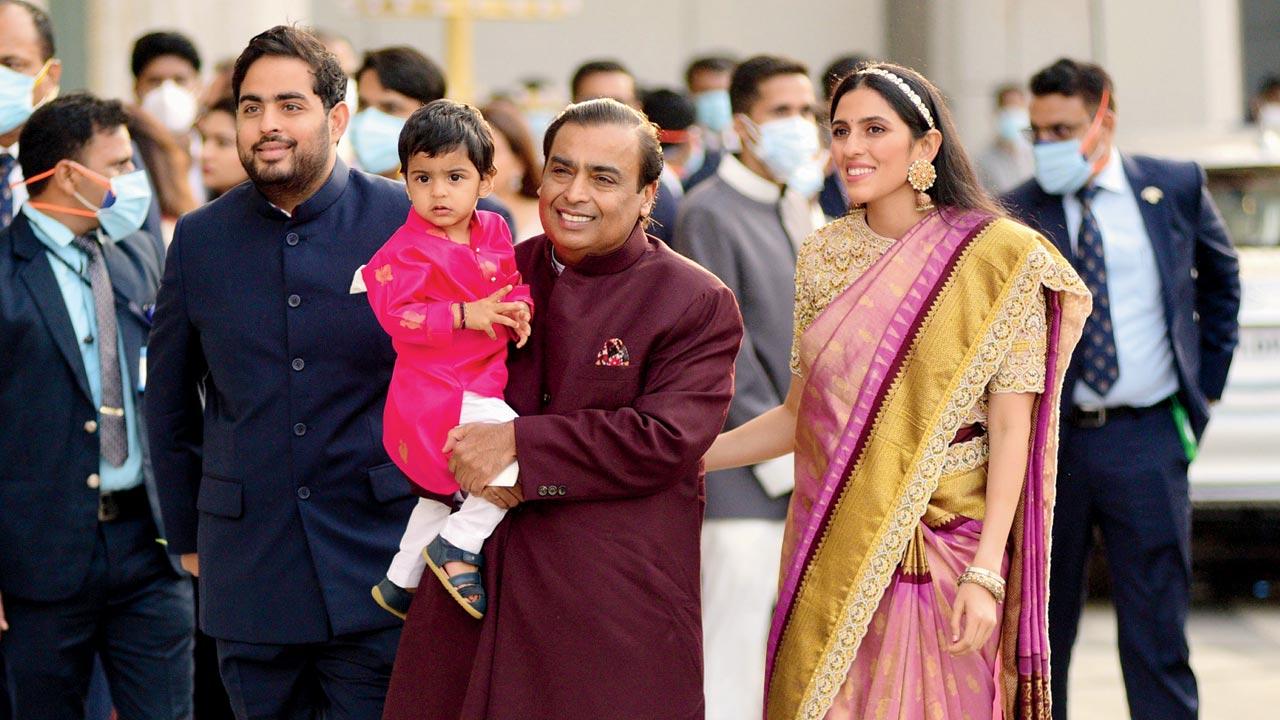 Merchant’s performance started with the Pushpanjali to invoke the deities of the stage, god, guru and the audience, followed by Ganesh Vandana, the Allaripu, Shiva Panchakshara  and AstaRasa before the recital culminated with the Tillana. 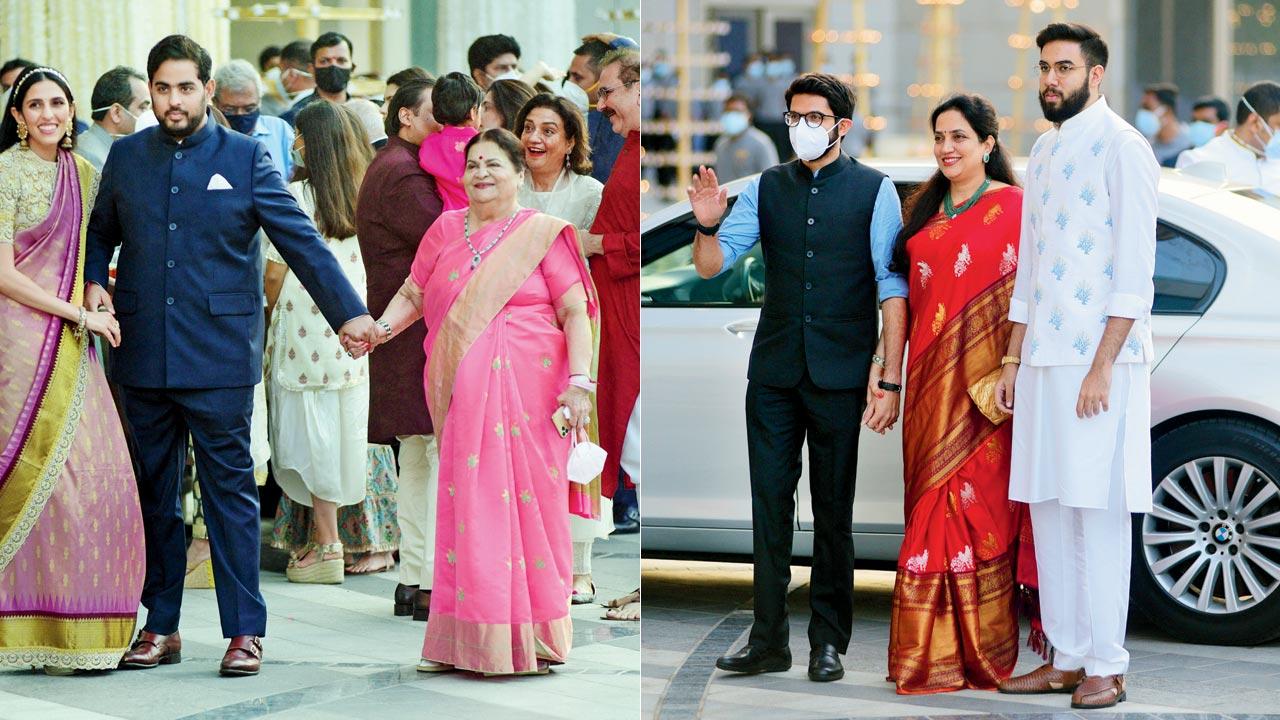 Next Story : Mumbai: Amid rising Covid-19 cases, contractors threaten to stop oxygen supply over non-payment of dues by BMC