A video showing the nauseating act was widely shared last week prompting forest officials to order action against the six people behind the killing of the reptile, locally known as dhaman 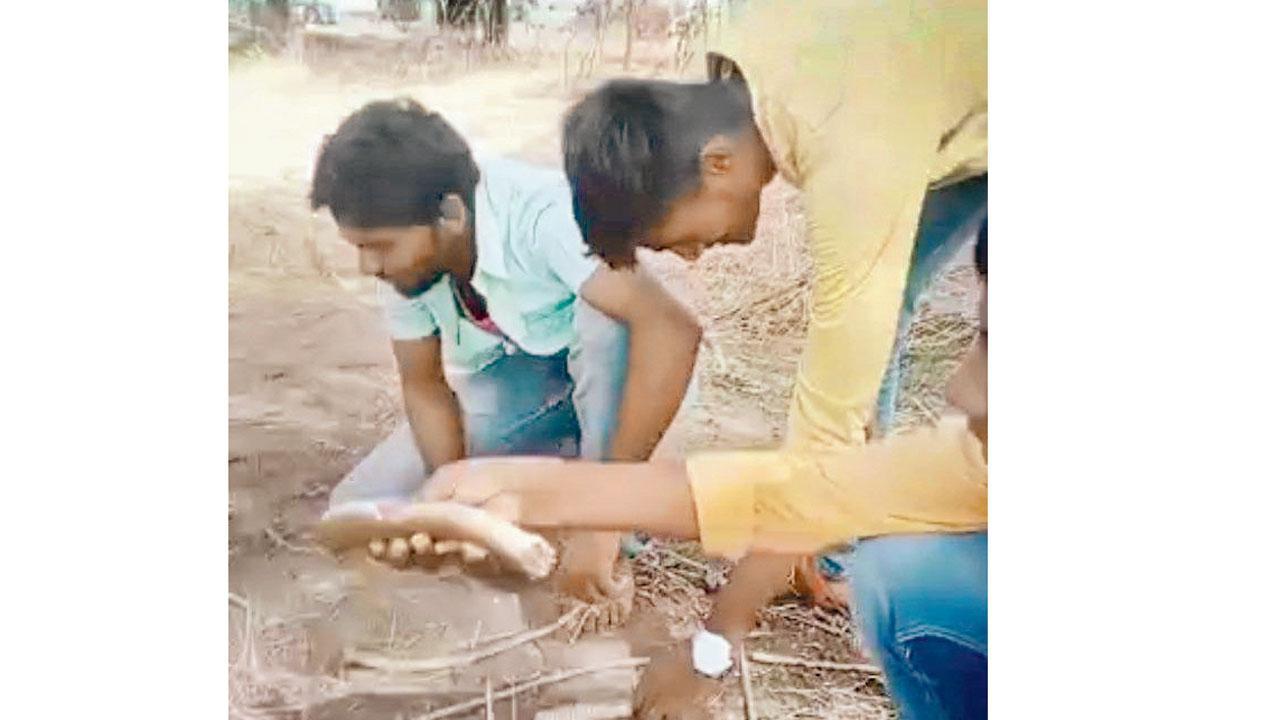 A grab from the clip from Osmanabad


Days after a widely shared video showed six people cutting a live rat snake into pieces in Osmanabad district of the Marathwada region, the police have arrested four men and booked two minors for cruelty. The nauseating clip had prompted Clement Ben, additional principal chief conservator of forest-wildlife (west), to instruct the forest department to launch a probe and take strict action against those behind it.

Assistant Conservator of Forest (ACF) Vrushali Tambe told mid-day, “A total of five arrests have been made from Osmanabad district in connection with the incident where an Indian rat snake was killed after chopping it into pieces. Of the six people arrested, two are juveniles and they will be produced before the juvenile court on Monday.” The accused have been booked under the Wildlife Protection Act Section.

Sources said the first arrest in the case was made on June 2. The person’s questioning led the cops to the other five allegedly involved in the chopping of the reptile, known as dhaman among locals. All the six live at Madaj village of Umerga taluka. mid-day’s had reported the crime in its May 28 edition. Wildlife and nature lovers had demanded severe action against the guilty.

Honorary Wildlife Warden of Mumbai Sunish Subramanian Kunju, who is also associated with NGO Plants and Animal Welfare Society (PAWS)-Mumbai, has written to top forest officials in Aurangabad and Osmanabad seeking punishment of those responsible.

He told mid-day, “What the boys have done is inhuman, such people are not only a threat to animals but may also become a threat to humans if timely strict action is not taken against them. It’s good that our forest department has taken action on this issue and arrested the culprits seen in the video. The forest department should make their action against them public so that it will create an impact on others.”

Next Story : Mumbai won’t flood even if it rains at 60-70 mm per hour, claims BMC