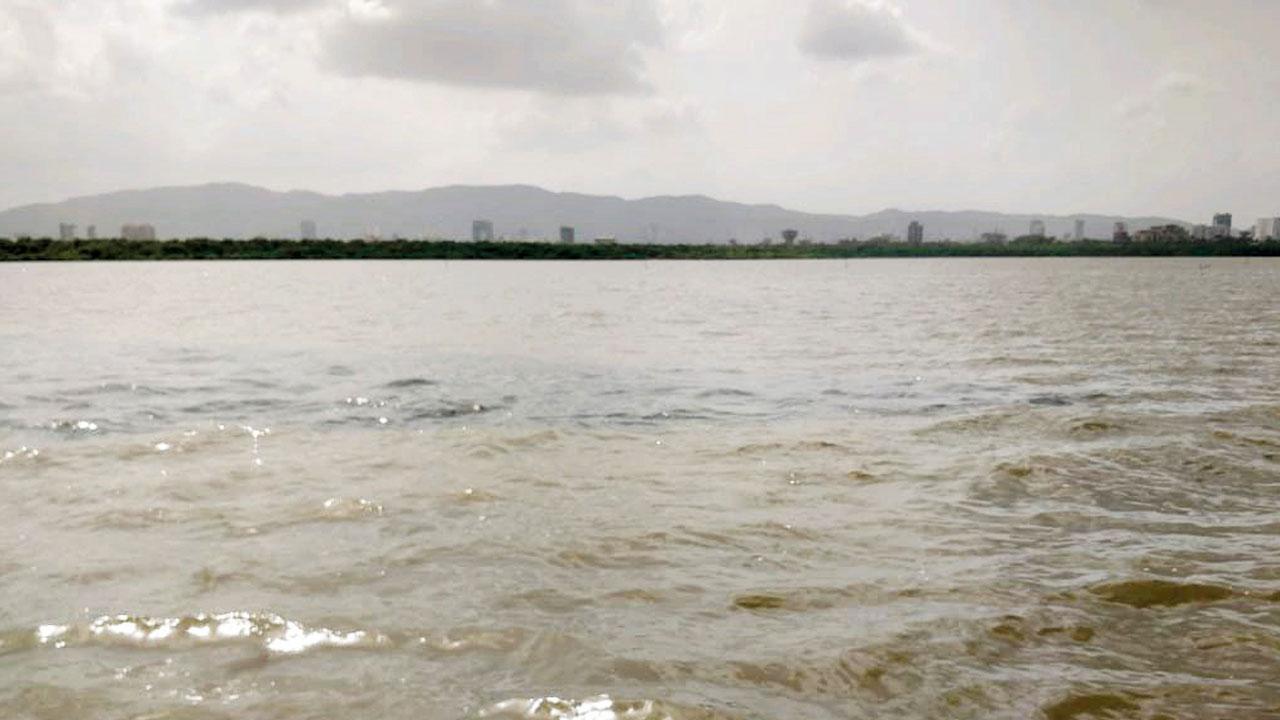 Black effluent forming a separate patch from the creek water


The Thane Creek Flamingo Sanctuary sees no end to pollution as it has come to light last week that there is continuous release of industrial effluents through a damaged pipeline in the creek close to Vashi bridge. Environmentalist Stalin D from NGO Vanashakti has written a letter to the principal secretary of environment department, Maharashtra Pollution Control Board, regional officer of MPCB, Thane Collector and chief conservator of forests, Mangrove Cell.

“This is to draw your immediate attention to the continuous release of industrial effluents through a damaged pipeline in the Thane Creek Flamingo Sanctuary close to Vashi bridge in the Thane creek,” the letter read. The environmentalist alleged that he had earlier warned about the effluents being released through the dislodged MIDC pipeline: “Our complaint of May 21, 2022 was taken lightly and brushed off as not important. Both MIDC and MPCB said that there was no leakage and that only the pipeline has been dislodged. Well we urge you to see the videos taken by us today and understand the truth. You can also see the black effluent forming a separate patch from the creek water and then getting mixed with it.”

Adding further Stalin said, “It is utterly disappointing that a strange system has been put in place in the state of Maharashtra where polluters/violators of environment laws give themselves clean chits and the monitoring agency accepts it without even doing a site visit with the complainant. Please start taking environmental concerns seriously and act on them. We hereby put you on notice to immediately stop the discharge of effluents else we will be forced to move the courts to seek environmental justice.”

21 May
Day when the previous plaint was filed

Next Story : Schools in Maharashtra to reopen on June 15 with all possible Covid-19 precautions: Education Minister Varsha Gaikwad