In a tweet, former Congress chief Rahul Gandhi compared petrol prices between May 1, 2020 and now, and said the 'government must stop fooling citizens' 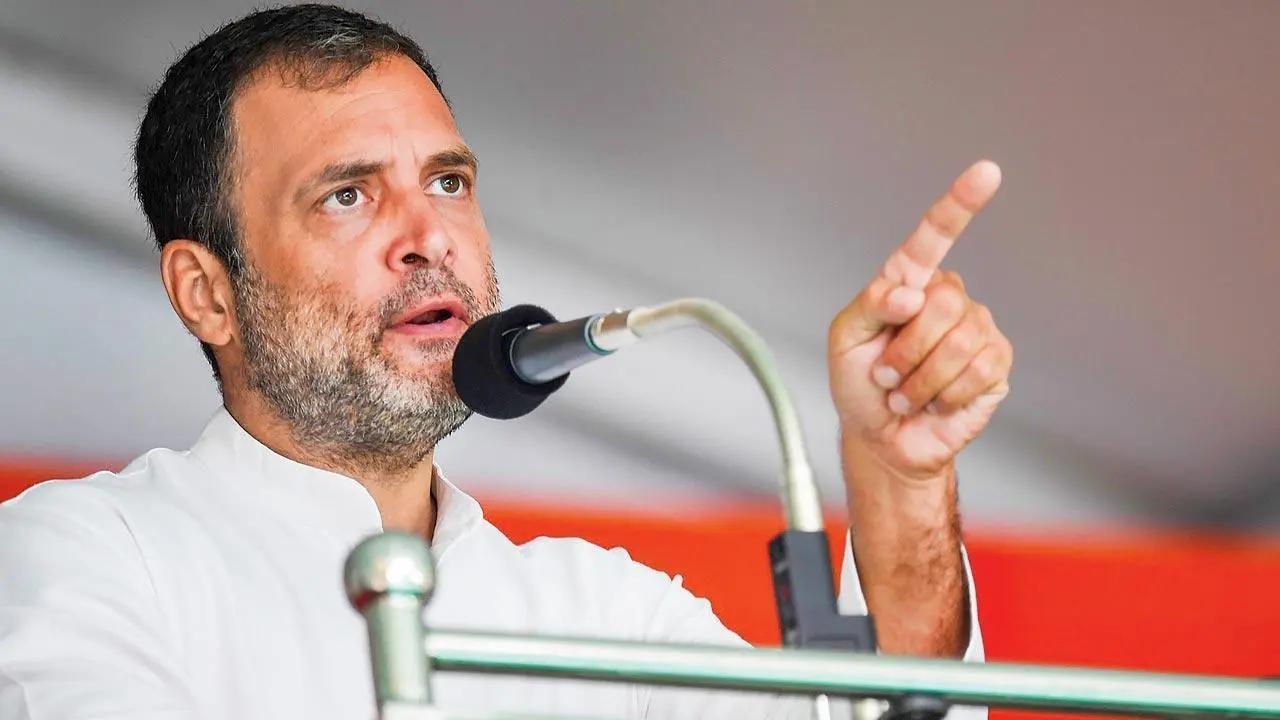 
A day after the government cut excise duty on petrol and diesel, the Congress on Sunday accused the BJP of resorting to "trickery" to create an "optical delusion'' and said the people deserve genuine relief from the "record inflation".

In a tweet, former Congress chief Rahul Gandhi compared petrol prices between May 1, 2020 and now, and said the "government must stop fooling citizens".

At a press conference at the AICC headquarter here, Congress spokesperson Gourav Vallabh accused the Modi government of being "high on political gimmick" and low on relief.

"The BJP government's cluelessness about the economy and financial management has been out in the open for long now. Instead of accepting it and seeking guidance from experts, the BJP only resorts to trickery to create an optical delusion," Vallabh alleged.

In yet another instance, Finance Minister Nirmala Sitharaman put out a series of tweets announcing a series of actions that were purely meant to create a "delusion", he alleged.

"The FM announced a reduction of Rs. 8 per litre on petrol and Rs. 6 per litre in Central Excise. While it may seem a significant reduction in absolute terms, the point of contention doesn't change," he argued, citing figures of Rs 9.48 excise duty in 2014 and Rs. 19.9 in May 2022.

"Three steps forward and two steps back doesn't mean it leads to any improvement in the lives of the common people," the Congress leader said.

"The prices are back to the March 2022 numbers. Were the common people pleased with the fuel prices in March 2022? The answer is No.

"Is the government still charging a hefty excise on fuel? The answer is Yes. True relief will only come when excise will be reduced to 2014 levels," he stressed.

Vallabh pointed out that LPG prices have increased by 142 per cent between May-2014 and May-2022.

"LPG prices have increased by more than Rs. 400 in the last 18 months. Providing Rs 200 reduction doesn't mean the welfare of the people but just sucking the blood in lower volumes," he alleged.

He also questioned the Finance Minister claim that the inflation has remained lower in the BJP's tenure.

"WPI in April 2022 stood at 15.1 per cent and retail inflation stood at 7.79 per cent. The inflation target band set by the RBI is 2 to 6 per cent. Inflation is killing the common people," he said.

Demanding answers from the government, Vallabh asked what is preventing the BJP government from announcing relief measures for the common people.
"Why to resort to just optical delusion instead of concrete measures?" he said.

Will the BJP government guarantee that the excise duties on petrol and diesel will not increase for the next two years of their tenure, he asked.
Vallabh also questioned the government as to what measures are being taken to bring down the inflation to the lower end of the 2 to 6 per cent band set by the RBI.

Petrol price on Sunday was slashed by Rs 8.69 a litre and diesel by Rs 7.05 per litre following the government cutting excise duty on auto fuels to give relief to consumers battered by high fuel prices that have also pushed inflation to a record high.