Suved Parkar surprises himself with maiden Ranji hundred v Uttarakhand, but reveals he had the belief to make it count; Mumbai 304-3 on Day One 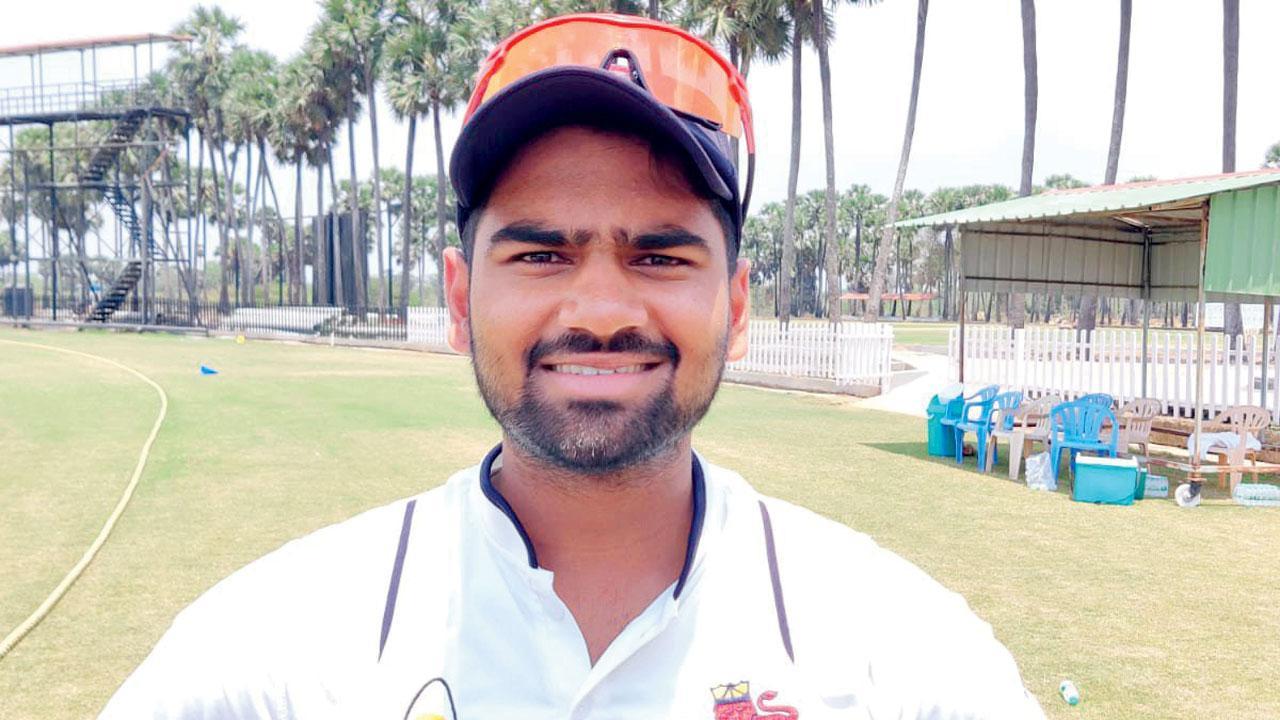 
Debutant Suved Parkar hit a stroke-filled 104 to guide Mumbai to a strong 304 for three on the first day of their Ranji Trophy quarter-final against Uttarakhand here on Monday.

On the day, he also joined the likes of his captain Shaw and coach Amol Muzumdar to score a hundred on Ranji debut. Along with Jaffer, Parkar rallied the Mumbai innings with a 112-run third-wicket stand after his team were in a spot of bother at 64-2, having lost both skipper Shaw (21) and Yashashvi Jaiswal (35) cheaply.

“I never expected to score a hundred on my Ranji debut, but I had the belief that if I get a chance, I will give my 100 per cent and make it count. It’s a nice feeling to score a century on debut, but I want to score big. I will start a new innings tomorrow [Tuesday] from zero again,” Parkar told mid-day from Alur on Monday.

Parkar, who impressed with his footwork, then found an able ally in an in-form Sarfaraz, who was at his aggressive best, as the duo compounded the bowling team’s woes by adding 128 runs for the fourth wicket.

“I realised that I need to be more patient in first-class games. There was a phase prior to my half-century when I was not getting runs. I told myself that I don’t need to panic. Then, I approached the game ball by ball and had a couple of good shots, backed myself and got my confidence back.

“Amol sir [Muzumdar] told me to play with positive intent and just try to carry on from my good performances in the recently-concluded U-25 CK Nayudu Trophy,” he added.

Parkar was the second highest run-getter in the tournament with 611 runs. Parkar also thanked his U-25 coach Rajesh Pawar, who worked on the mental aspects and on building an innings. After the fall of two quick wickets, Parkar and Jaffer played with caution in the initial stage. But, after they got into their groove, they upped the ante.

The duo played shots on all sides and made the opposition bowlers toil hard. Jaffer, who hit seven boundaries and two sixes in his 133-ball knock, lofted leg-spinner Dikshanshu Negi to complete his fifty.

Parkar nudged pacer Akash Madhwal for a single to reach his maiden half-century. Mumbai lost only one wicket in the extended second session of play, which started late due to a wet outfield.

Once Jaffer departed, Parkar took the onus on himself to score and Sarfaraz ensured that Mumbai did not lose a single wicket in the final session. Parkar reached the three-figure mark with a boundary off Madhwal towards he square-leg region.

Sarfaraz’s knock was laced with eight boundaries and one six. Mumbai lost Shaw (20) early. Shaw scored a boundary on the first ball—a cover drive off Deepak Dhapola (3-53)—and then hammered two more fours in the opening over.  Shaw, who was looking in his elements, was however undone by Dhapola’s inswinger in the seventh over, knocking off the off-stump as Mumbai lost its first wicket for 36.

Jaiswal (35) became Dhapola’s second victim and fell just before lunch. Jaiswal hammered six boundaries before being caught by Swapnil Singh at second slip. Parkar received his Ranji Trophy cap from former India opener WV Raman. “He [Raman] was in Bangalore so Amol sir requested him to give me my Mumbai cap. He [Raman] told me to keep faith in my abilities and play my natural game.

Next Story : ‘An unhealthy relationship’