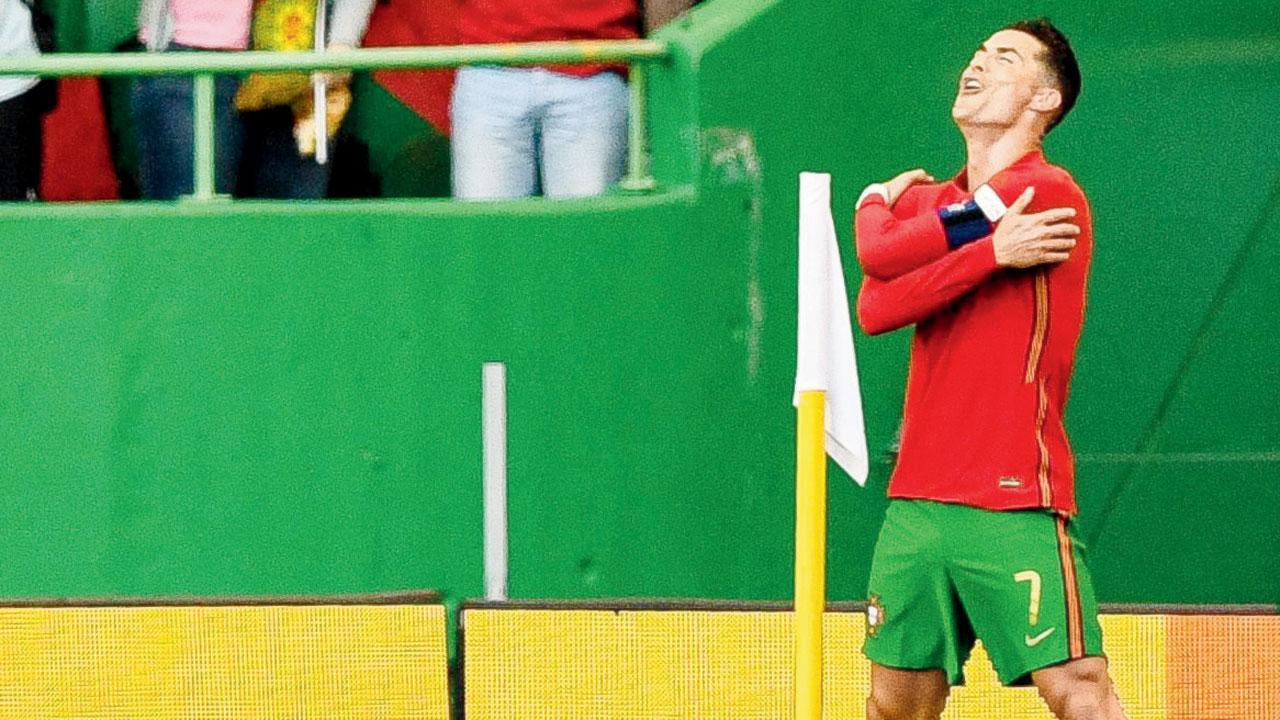 
Cristiano Ronaldo marshalled Portugal past Switzerland in the Nations League on Sunday, scoring a world record-extending 116th and 117th goals for his country. Ronaldo scored twice in four first-half minutes and had a third goal ruled offside by VAR as Portugal crushed Switzerland 4-0.

The Manchester United striker had set up William Carvalho for the opener with Joao Cancelo completing the rout to fire Portugal to the top of League A, Group 2, on goal difference from the Czech Republic. Ronaldo had gone five games and nearly nine months without an international goal before this double delivery in Lisbon.

After scoring twice to gain early control of the match, Ronaldo missed two more good chances before half-time and even forced Swiss goalkeeper Gregor Kobel into two good saves late in a lopsided encounter between World Cup-bound teams. The massive 117 goals in 188 internationals ensures Ronaldo, 37, is in fine form as he heads into a fifth World Cup at Qatar this November. Portugal have been grouped alongside South Korea, Uruguay and Ghana.

“A very important victory in our journey, a lot of pride and confidence in this group, a lot of strength to give the Portuguese what we so desire: victories and convincing exhibitions. It feels like the season is ending, but really this is just the beginning,” Ronaldo wrote on social media after the win. Meanwhile, in Prague, Gavi, 17, became Spain’s youngest scorer when he netted against Czech Republic in a 2-2 draw.

117 goals: How Ronaldo scored them & against whom

Next Story : This is the greatest result in the history of Welsh football: Bale