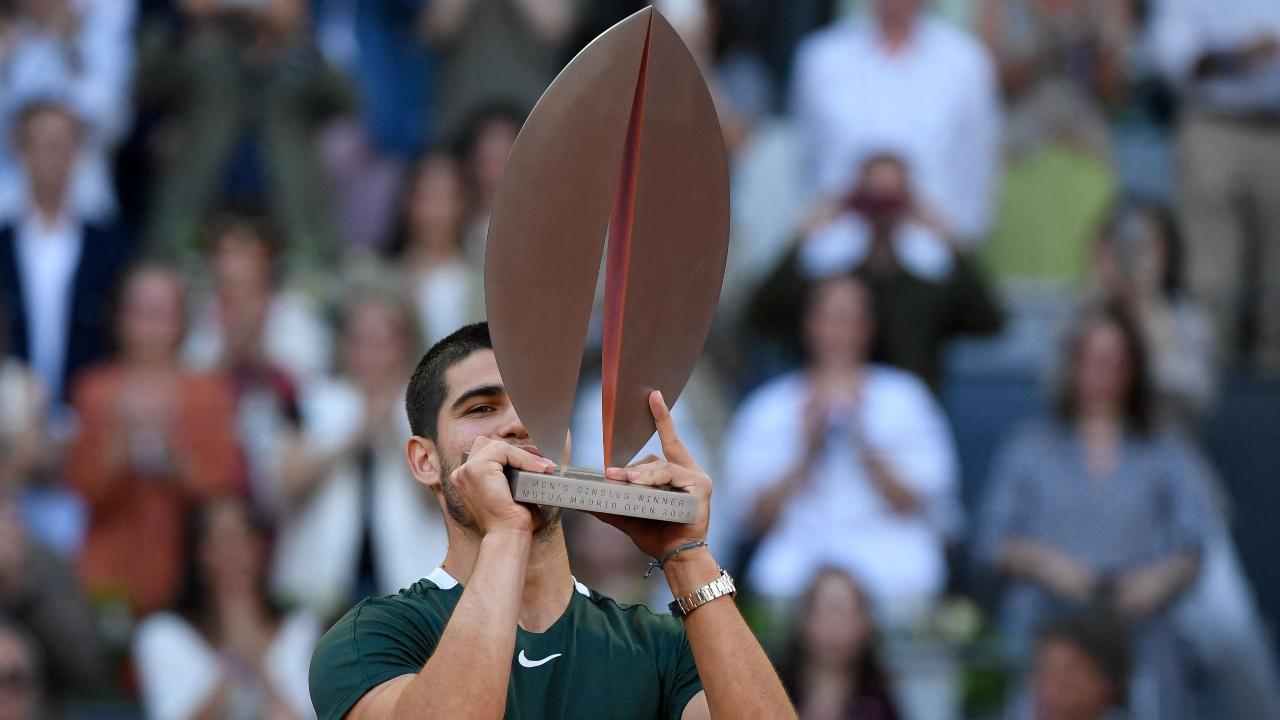 
Tennis fans witnessed drastic changes in the Madrid Open trophy after the Masters 1000 tournament concluded with Ons Jabeur and Carlos Alcaraz reigning supreme at the clay-court event. The 2022 Madrid trophy reminded fans of a vagina and netizens further also noted that the previous trophy resembled a penis, with one user joking that it had 'switched gender'.

"Is it just me or does the new Mutua Madrid Open Trophy look like a Vagina?" one fan tweeted after Ons Jabeur lifted her first WTA 1000 trophy, while another said: "The Madrid vagina trophy ... it's too much."

The Madrid earlier had a Roland Iten-designed statuette that was introduced in 2011 for the tournament's 10th anniversary. The 430 mm high-trophy was modelled around a staircase that Iten came across at a winery in the Spanish countryside. The trophy itself weighs 7.5 kilograms - 6.5 of which are pure gold and has 96 individual, hand-finished components including 32 racquet-shaped stairs with names of tennis legends inscribed around them and 33 diamonds (10.9 carats).

The newly-designed Arete sculpture trophy, which according to tennis fans resembled a 'vagina', is created by artist David Rodriguez Caballero, especially for the champion of the 20th edition in Madrid. In the men's singles final on Sunday, Carlos Alcaraz beat defending champion Alexander Zverev 6-3 6-1 to win his maiden Madrid Open title.

This was the first win for the 19-year-old Spaniard over Alexander Zverev in three attempts, and he has now won 10 consecutive matches. While in the women's singles final, Ons Jabeur of Tunisia clinched the Madrid Open title with a thrilling win over Jessica Pegula on Saturday, to become the first Arab player to win a WTA Masters 1000 event. Ons Jabeur overcame the American 7-5, 0-6, 6-2 in just under two hours.

Next Story : Watch video: Man falls off his seat while sleeping on local train