The Central Railway tweeted a video of the incident that took place between Titwala and Khadavali, about 80 km from the city, on Thursday, and appealed to passengers not to needlessly pull alarm chains in trains 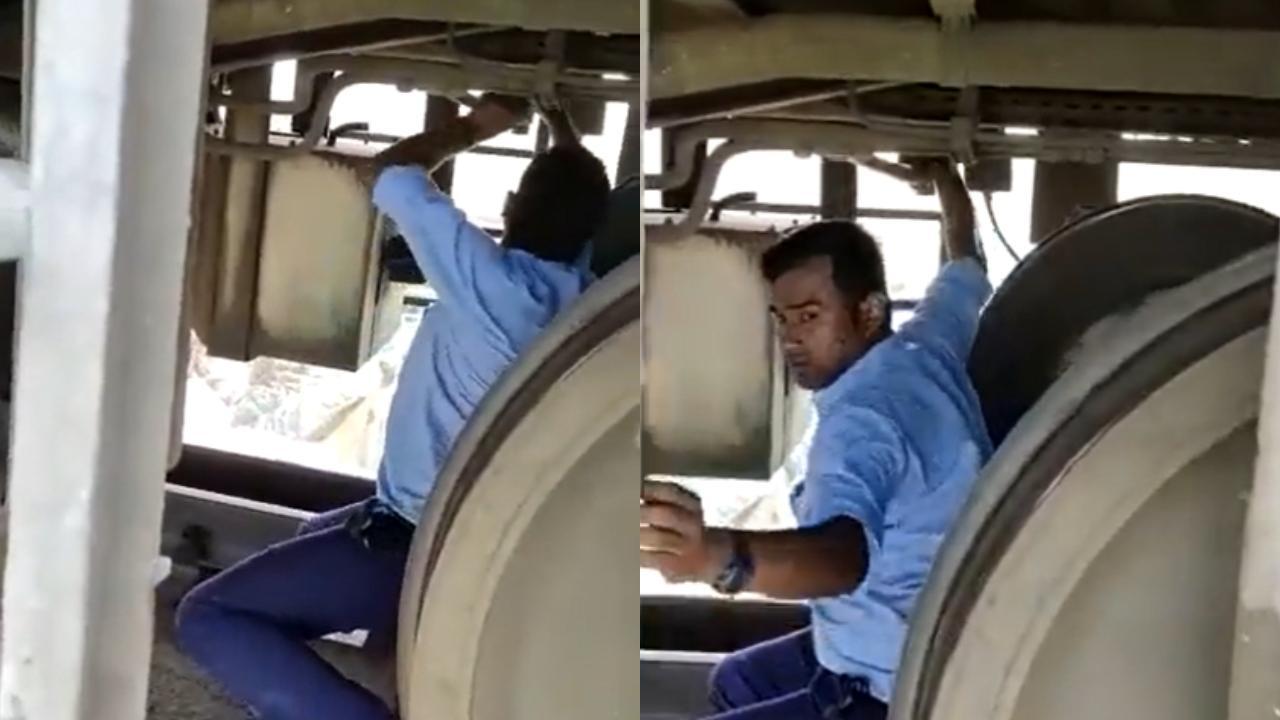 
A senior assistant loco pilot (ALP) of the Central Railway risked his life to reset the alarm chain knob of an express train, which had halted on a river bridge near here, an official said on Friday.

The Central Railway tweeted a video of the incident that took place between Titwala and Khadavali, about 80 km from the city, on Thursday, and appealed to passengers not to needlessly pull alarm chains in trains.

In the video that went viral on social media, senior assistant loco pilot Sathish Kumar can be seen crawling under the Chhapra-bound Godan Express, which was stranded on a river bridge, from a narrow gap between the wheel and other underbelly equipment to reset the alarm chain knob.

Pulling the Alarm Chain for no reason can cause trouble to many!

Pull the chain of a train only in case of an emergency. pic.twitter.com/I1Jhm9MESh

The Central Railway's chief spokesperson Shivaji Sutar said some miscreants had pulled an alarm chain and stopped the train on Kalu river bridge between Titwala and Khadavali.

To restart the train, it was mandatory to reset the knob of the second last coach of the train, in which the alarm chain was pulled, he said.

"Assessing the gravity of the situation, Kumar risked his life by crawling under the train over the river bridge to reset the alarm chain knob," Sutar said, adding that the action had averted delay in trains and saved the time of many passengers.

Senior railway officials praised Kumar for his dedication towards duty and efforts to resume the journey at a critical time, preventing any delay to subsequent trains running on the route, including suburban trains from Kalyan to Kasara.

"The Central Railway requests passengers not to pull alarm chain needlessly," Sutar told PTI, adding that 197 incidents of alarm chain pulling were reported in Mumbai division alone between April 16 to 30, 2022.

Most of these cases were reported in trains going in the northeast direction at various other locations between Kalyan-Kasara, Kalyan-Badlapur, Dadar-Thane and Panvel-Roha, he said.

The Railway Protection Force (RPF) has registered 166 cases and produced 113 persons in the court, recovering Rs 56,000, the official said, adding that the repeated announcements were also made in this regard at stations.