The Paris prosecutor’s office said Monday that the 36-year-old man was detained following Sunday’s incident and sent to a police psychiatric unit. An investigation has been opened into the damage of cultural artifacts 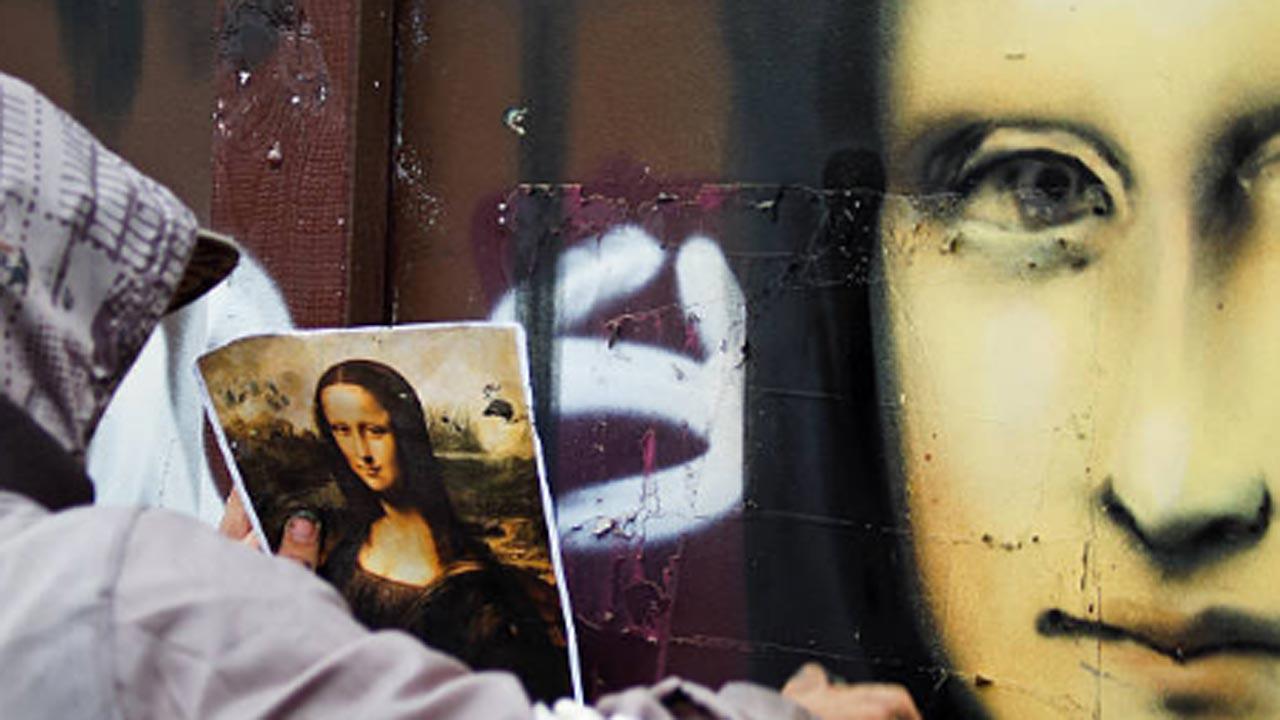 
A man seemingly disguised as an old woman in a wheelchair threw a piece of cake at the glass protecting the Mona Lisa at the Louvre Museum and shouted at people to think of planet Earth.

The Paris prosecutor’s office said Monday that the 36-year-old man was detained following Sunday’s incident and sent to a police psychiatric unit. An investigation has been opened into the damage of cultural artifacts.

Videos posted on social media showed a young man in a wig and lipstick who had arrived in a wheelchair. The man, whose identity was unknown, was also seen throwing roses in the museum gallery to slack-jawed guests.

The cake attack left a conspicuous white creamy smear on the glass but the famous work by Leonardo da Vinci wasn’t damaged.

Security guards were filmed escorting the wig-wearing man away as he called out to the surprised visitors in the gallery: “Think of the Earth! There are people who are destroying the Earth! Think about it. Artists tell you: think of the Earth. That’s why I did this.”

Guards were then filmed cleaning the cake from the glass. A Louvre statement confirmed the attack on the artwork involving a “patisserie.”

The 16th-century Renaissance masterpiece has seen a lot in its over-500 years in existence.

The painting was stolen in 1911 by a museum employee, an event which increased the painting’s international fame. It was also damaged in an acid attack perpetrated by a vandal in the 1950s, and has since been kept behind glass.

In 2009, a Russian woman who was angry at not being able to get French citizenship threw a ceramic cup at it, smashing the cup but not harming the glass or the painting.

Next Story : US to send medium-range rocket systems to Ukraine